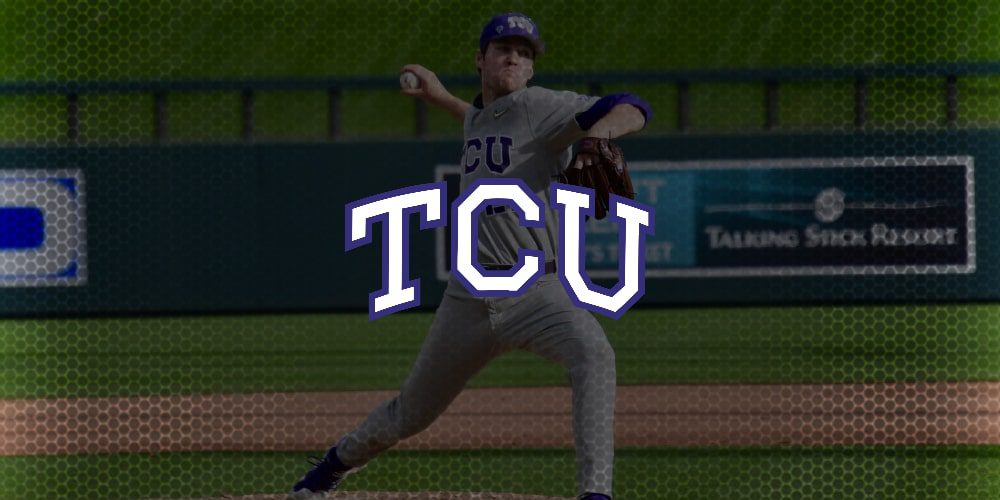 Yet, the Horned Frogs, which narrowly made the NCAA tournament in 2019, look like a team this fall — especially on the mound — ready to take a sizable step forward.

“I think on one hand, this may be the deepest pitching staff I’ve had at TCU in terms of the number of guys — quality arms, and that’s not even including guys like Russell Smith, Caleb Sloan and Augie Mihlbauer, who aren’t pitching right now,” TCU coach Jim Schlossnagle said. “We have 12 or 13 guys that if you asked me to put them into the game, I’d feel good about their chances. I’d be more than fine going to battle with all those guys.

“With that said, there hasn’t really been one single pitcher who has separated themselves from the others,” he continued. “That’s really what we’re looking for this fall and as we get ready for the season. Charles King has only thrown twice, and he’s been spending time with that breaking ball. If he has that Nick Lodolo moment where suddenly he starts missing bats, then he could be that guy. But we’ll see what happens.”

King is the most obvious choice to be in the weekend rotation in the spring, but several new faces are making strong impressions this fall. Hard-throwing Harrison Beethe and Drew Hill are junior college transfers showing off powerful arms this fall, while fellow flamethrower Johnny Ray is yet another arm to watch, among others.

From an offensive standpoint, the Frogs have a few holes to fill from a lineup that finished last season with a .294 batting average. However, there’s potential for this unit to be better, assuming Porter Brown continues to make strides returning from an injury that sidelined him for much of last season, and if Hunter Wolfe, who has a shoulder injury, can stay relatively healthy and put together a productive 2020 campaign. TCU has plenty of other intriguing offensive options, too.

“We had some guys with some injuries last season and were unable to play our usual style of offense,” he said. “I think we have a chance to get back to that. I’m not going to say we’re going to have some ultra-sexy powerful offense, but I think we can have an offensive lineup like the ones we had in 2014 and ’15 when we got to Omaha. Those were both teams we did a solid job offensively, and then pitched and played very good defense.”

Can TCU return to Omaha after a two-year hiatus?

We dive into the Horned Frogs’ fall workouts.