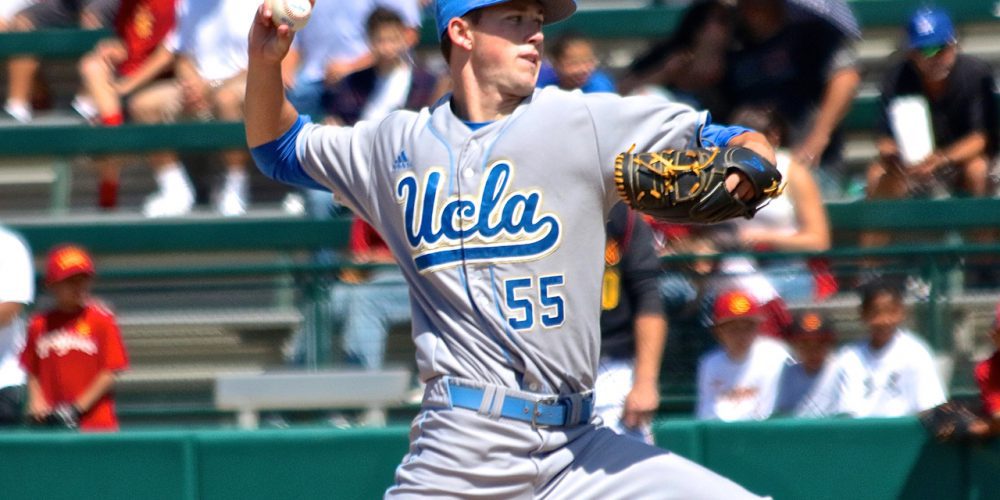 The sport of baseball at UCLA sure has changed since John Savage came around.

Before Savage came to BruinLand in 2005, there had been a long parade of All-American talent to play at Jackie Robinson Stadium over the years. Names like Tim Leary, Eric Karros, Ryan McGuire, Troy Glaus, Eric Byrnes and Chase Utley were all famous Sons of Westwood. But guess what none of them ever did? None of those UCLA greats ever won a game in Omaha.

Since John Savage took over the program, not only has he continued to bring in that top tier level of talent but he has also gotten them to Omaha and won games once they were there, including the 2013 national title.

With all due respect to Gary Adams and the pre-Savage era, these guys aren’t returning to those days of malaise. It’s Omaha or bust every year for the Bruins. That’s the Savage way now, people. That’s in the DNA of the program, as witnessed by three CWS appearances in the last six years.

In terms of new blood and top shelf incoming talent, it looks like the 2016 season will be no different. Savage and his refurbished staff of holdover Rex Peters and newcomers Bryant Ward and Niko Gallego brought in the No. 3 ranked freshman class in the country, which will fill some holes and keep the Bruins in the hunt for Pac-12 titles, regional bids and even stalking the summit of the College World Series in Omaha.