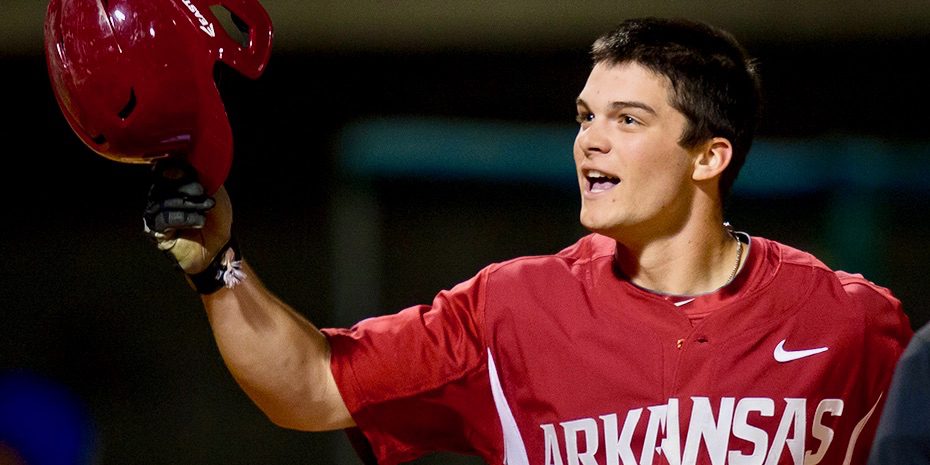 Editor’s Note: The COVID-19 crisis has resulted in the cancellation of the 2020 college baseball season, so we’re digging through our archives and re-posting some of the best work of D1Baseball’s first five years, highlighting some of college baseball’s biggest stars and most compelling storylines. In today’s look back at the 2015 season, Kendall Rogers tells the story of how Arkansas outfielder Andrew Benintendi made a massive leap from his freshman year to his sophomore year, when he would go on to win the Golden Spikes Award.