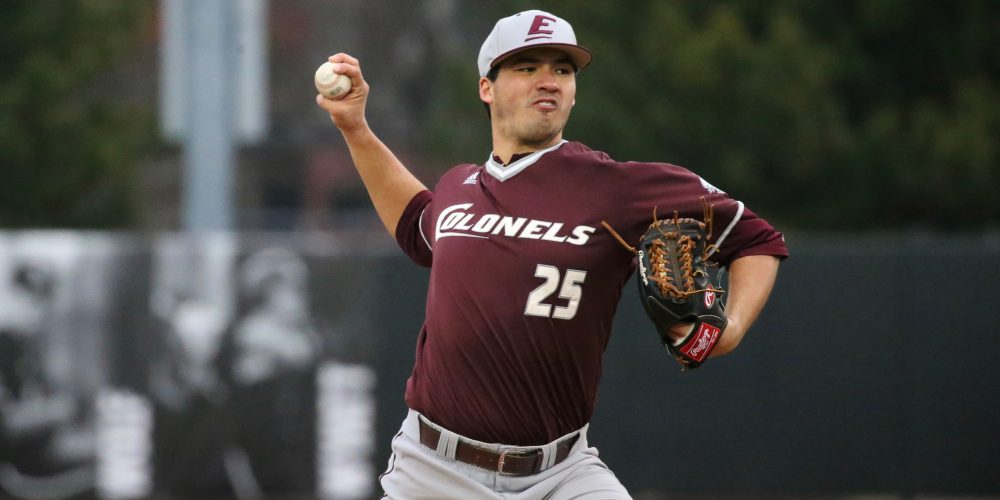 Eastern Kentucky’s Aaron Ochsenbein has been one of the most dominant closers in college baseball this year. In 23 appearances, the fifth-year senior righthander is 4-1, 0.46 with seven saves and a dazzling 63-10 K-BB mark in 39.1 innings. He’s given up just two runs all season, and he had yielded just one run through the first 10 weeks.