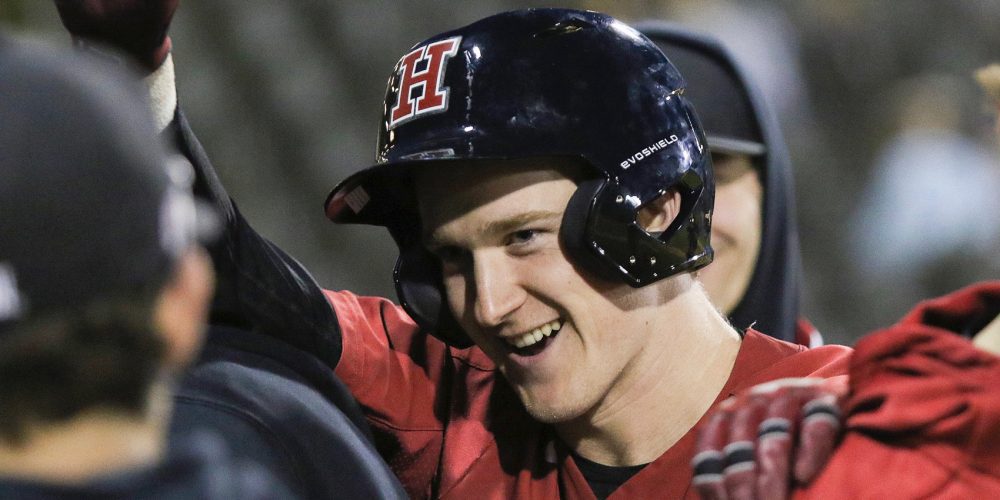 More than halfway through the college baseball season, we have seen a number of impressive performances across the nation. But few have been more impressive than senior Patrick McColl, who ranks fifth in the nation in batting (.443) and sixth in OPS (1.353), and has helped Harvard stay near the top of a competitive Ivy League.

McColl has been a key player since arriving in Cambridge his freshman season, playing in at least 38 games each of his last three seasons for the Crimson. In his second season McColl finished second on the team in batting .355, but dropped to .263 last season. With one season left at Harvard, McColl decided to change his approach at the plate during the offseason.

“Every offseason I try to increase strength and get bigger so I can hit the ball farther, and it has worked,” McColl said. “But this offseason I focused on getting the ball in the air, and I listened to big league hitters and what they do at the plate. A lot of it is trying to hit line drives and fly balls more than ground balls.”

The first baseman’s new approach has paid off, as he is hitting .443/.504/.849 with a career-high nine home runs and 33 RBIs this season. Up until the last few days, he was leading Division I in batting at .459. Coach Bill Decker has been able to watch McColl progress in his four years at Harvard, and believes the senior’s big season is a testament to his hard work.

“For me, 30 plus years into this profession it’s just watching him day in and day out. The way he handles himself, and stays on this even keel is impressive,” Decker said. “He is able to slow the game down, and it has been fun to watch. His teammates have not only embraced what he has done, but they know they can do it too.”

McColl says his phone has been blowing up every weekend with messages from friends and family congratulating him on his impressive start to the season. While he has tried to avoid looking at the stats, McColl has been inspired by seeing his name atop a list of the best batters in the nation.

“It’s pretty cool, you try not to let it get to your head too much,” McColl said. “It does inspire confidence, and that is definitely what you want when walking up to the plate expecting to get a hit every time, and that’s what I’m doing right now.” 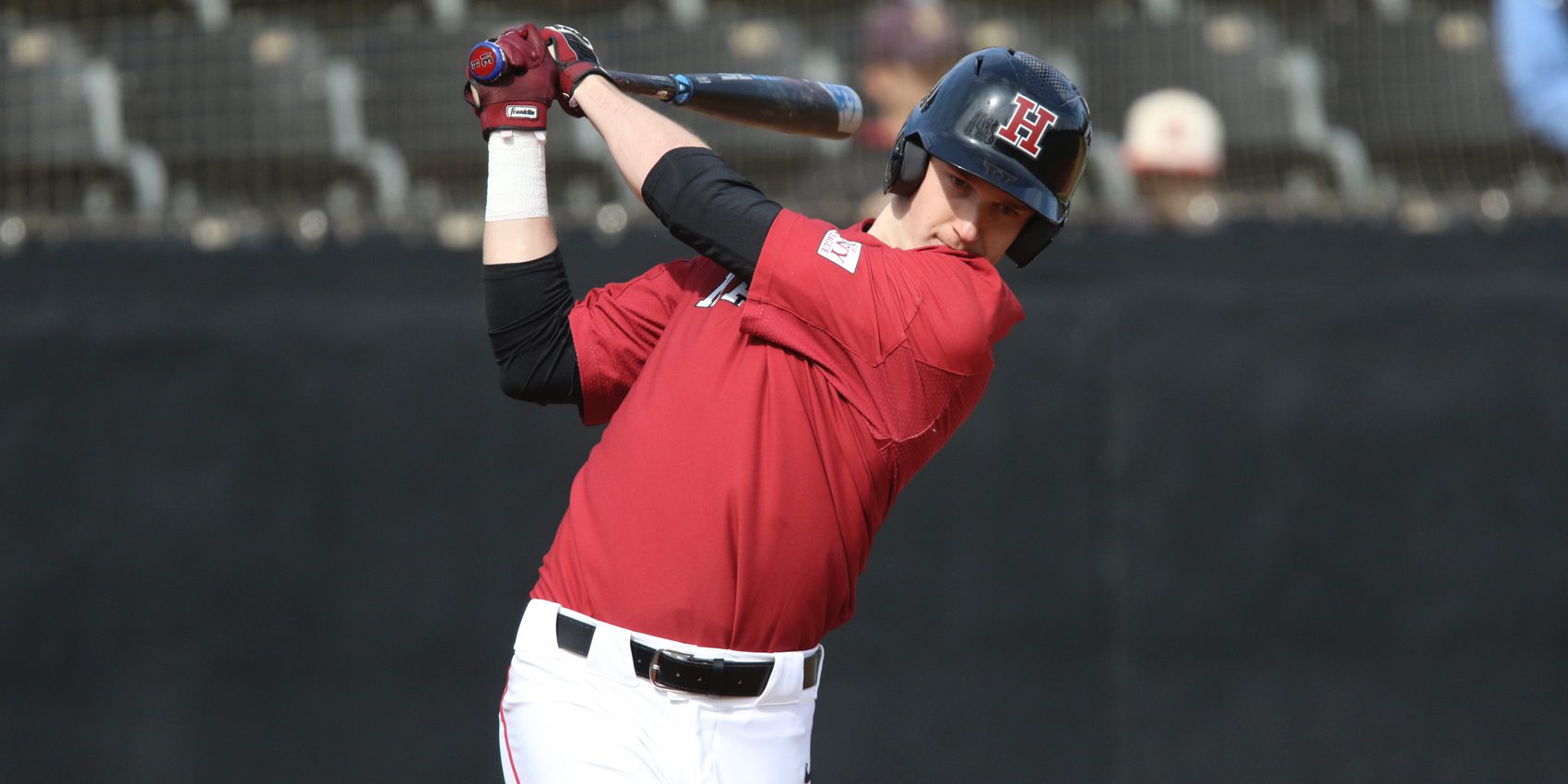 Despite the attention on him every game, McColl still wants to give credit to his teammate and their hard work.

“We’re putting Harvard back on the map this season,” McColl said. “I’ve been doing well myself, we have a number of other strong hitters in the lineup. Jake Suddleson hits behind me and he’s hitting around .380 and has [nine] home runs, and Chad Minato is on a 16-game hitting streak. So we are stroking the ball well as a team and it’s been working so far.”

At 8-4, Harvard is just one game behind first-place Columbia in the Ivy, and its 18-8 overall mark is the best of any Ivy League team. Harvard has its sights set on its first Ivy championship since 2006. McColl credits a lot of the team’s early success to a trip the Crimson took over winter break. Decker took a group of 24 players to the Dominican Republic to help serve the community and play against a number of local baseball teams.

“It was a way for our guys to invest in one another, and go to a different culture,” Decker said. “We tried to give back with the time we spent in the orphanage, and in the village painting houses. Certainly the time we spent with the Dominican players on the field, and learning the way they play the game was great. It was really valuable for a team bonding event. It was one of the most influential things in my life that I’ve been through with these guys, and I would recommend it to anybody.”

McColl said this senior season has been a great experience from the fall through Week Nine of this season, and he hopes to continue to help Harvard reach its goals for the season.

“It’s been awesome so far, and it’s the dream to have a season like this at Harvard, and I hope to continue it,” McColl said. “But to be able to do it as a senior is awesome, and it has made the experience surreal.”

While his team continues to fight for the top spot in the Ivy league and its first NCAA tournament appearance since 2005, McColl says the Crimson enters every game with a “Little League” mindset.

“We have been playing this season with that Little League mindset, which is having fun while we are out there on the field,” McColl said. “Coach asked us to reflect on what we learned from the Dominican players, and the biggest thing was their love for the game. At the end of the day we are playing a game, and I think that has shown this season. Every game we play I think we are having more fun than the other team, and that shows on the field because we are playing with a loose and aggressive mindset.”

Decker has coached a number of good teams in his 34 years and has seen plenty of impressive performances, but watching McColl’s season has been a highlight in his coaching career.

“Individually it’s one of the best things I’ve ever seen,” Decker said. “Watching Pat has been awesome, but really watching the way Pat approaches not only baseball, but his studies and the way he carries himself. Let’s just say this young man was brought up the right way, and he’s infectious in our locker room, he’s a really great person. It’s really special to watch what he’s doing, and you don’t think you can keep it up, but if he goes about his business you never know what could happen.”