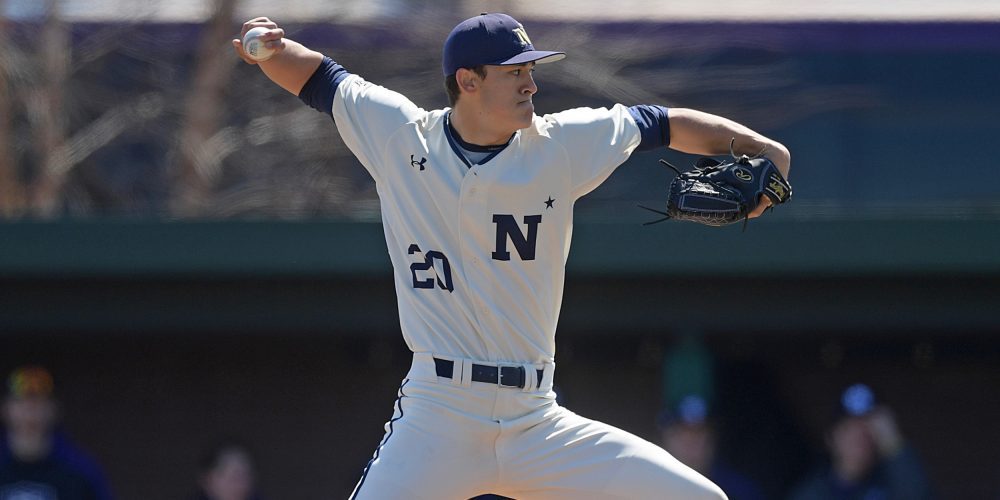 Noah Song, a 6-foot-4 righthander, is used to ducking his head into dugouts. Pretty soon, though, the blades of a chopper will be over his head, and that’s where his story diverges from that of other elite pitchers.

Song, a senior at the Naval Academy and the owner of a mid-90s fastball, has had a brilliant college career and has been especially filthy so far this season —1-0 with a 0.00 ERA and 26 strikeouts in 11 2/3 innings. Batters are hitting just .146 against him, and he is averaging 20.1 strikeouts per nine innings.