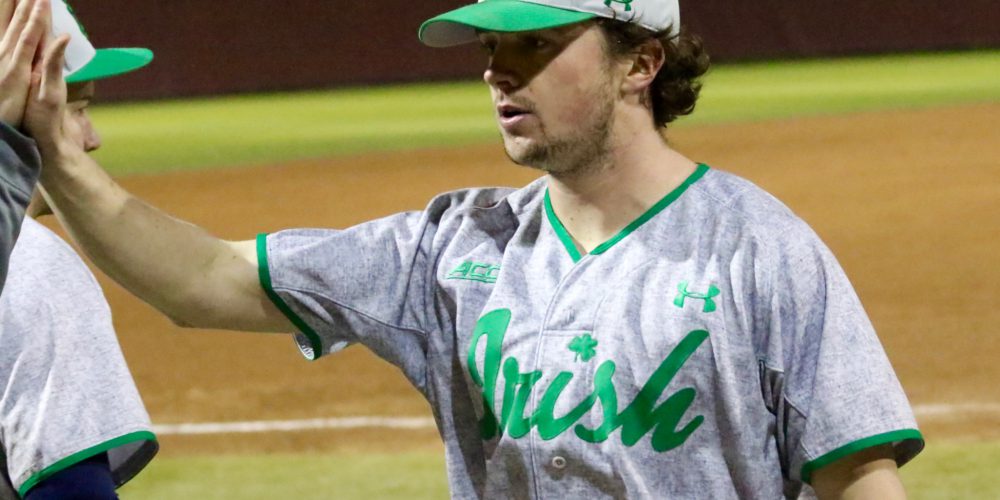 Team of the Day: Louisville

The Cardinals trailed 5-1 at the seventh-inning stretch but found a way to come back and win 7-6, sweeping the two game Battle of the Bluegrass season series. Corey Ray (2-for-5, HR, 2 RBI) stayed hot for the Cards, who got three hits apiece from Devin Hairston and Danny Rosenbaum. After Kentucky scored three in the top of the seventh to go up by four runs, the Cards answered right back with three in the bottom of the frame, highlighted by Ray’s two-run homer to center field. Louisville later tied it at 6-6 on Rosenbaum’s RBI double in the eighth, then won it on Hairston’s walk-off RBI single.

The Cardinals have now won five straight games against their in-state rivals, and their national seed case looks stronger and stronger by the day.

• No. 20 East Carolina clobbered No. 8 NC State 15-3 in Greenville, as the Pirates improved to 4-2 against ACC opponents this year. That mark (which includes a road series win at Virginia back in Week Two) will be a nice feather in their cap should they remain in the regional hosting mix down the stretch. Zack Mozingo, Bryce Harman and Turner Brown each homered and each drove in four runs to lead a 14-hit onslaught  Tuesday, as the Pirates broke open a 3-0 game with five runs in the fourth, and the game was never close thereafter. Obviously that’s a big win for ECU against a top-10 RPI opponent that had been riding high.

• The other Top 25 matchup Tuesday also featured a pair of teams from the Carolinas. No. 21 Coastal Carolina went on the road and knocked off No. 17 North Carolina, 6-3. The Chants jumped on Hunter Williams (2.1 IP, 7 H, 6 ER) for four runs in the first inning, highlighted by Connor Owings’ two-run triple and Tyler Chadwick’s RBI double, and they never looked back. Coastal extended its winning streak to eight games (a stretch that also includes a big midweek win against College of Charleston last week), and the Chants face another important midweek test Wednesday against CofC once again. Then Coastal hosts High Point and travels to Georgia Tech over the next two weekends. This stretch figures to make or break Coastal’s hosting hopes. So far, so good. 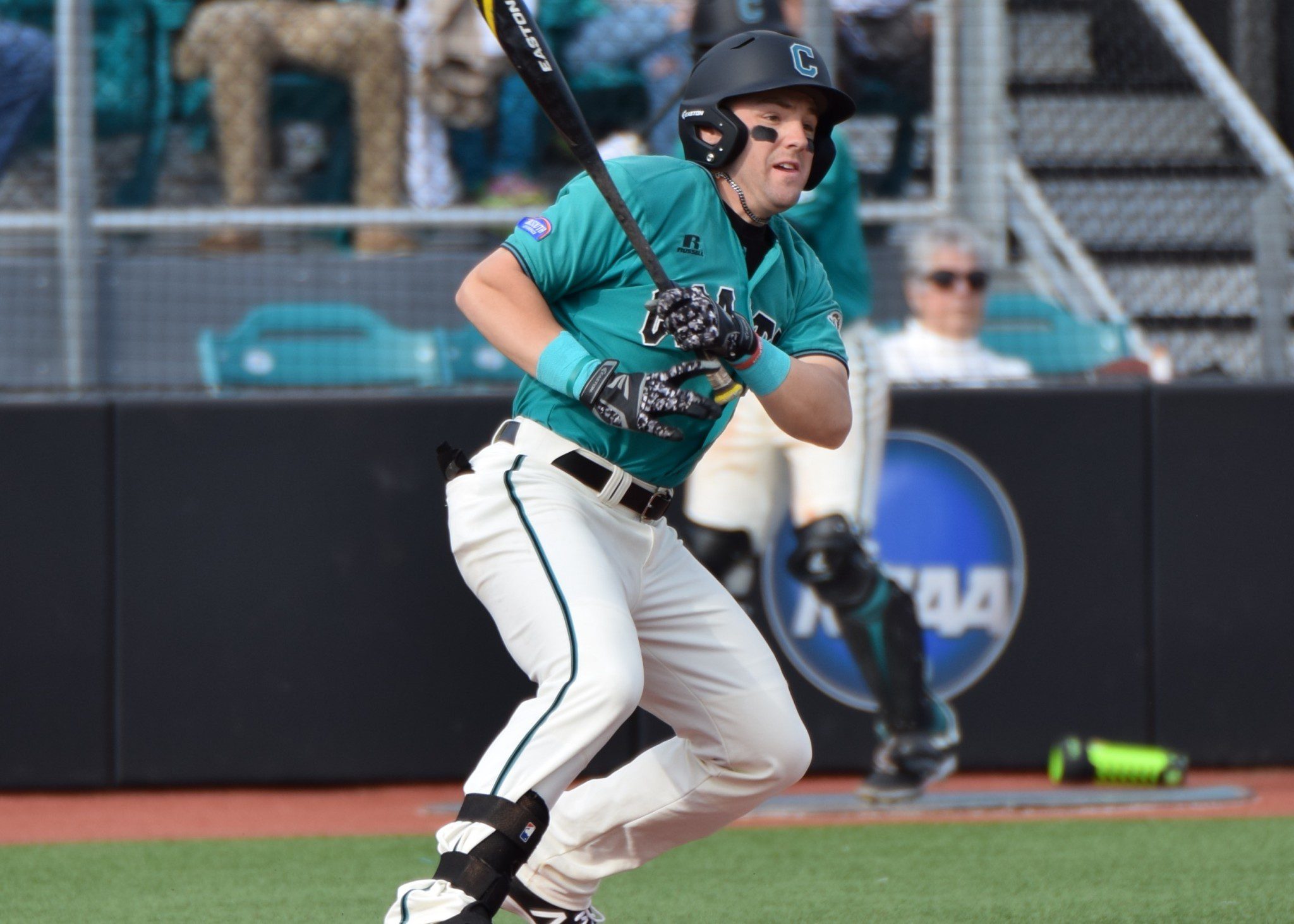 Player of the Day: Michael Hearne

Hearne lifted the Fighting Irish to a meaningful midweek win against a fellow Northern contender, throwing a complete-game shutout in a 1-0 win against Michigan State. Hearne, a senior lefthander, scattered seven hits without issuing a walk and striking out two, and he became the first Notre Dame pitcher to record back-to-back complete games since 2009. Midweek success has been crucial for Notre Dame to build its solid postseason resume — the Irish are 7-0 in midweek action, thanks in no small part to Hearne’s mound work. Tuesday marked their first win at Michigan State since 1986. The surging Irish have won six straight games.

Upset of the Day: USC over Long Beach

This isn’t exactly a huge upset (after all, USC was a preseason Top 25 club, while Long Beach was not), but the tables have turned after nine weeks of play, and the Dirtbags were the only Top 25 team that lost to an unranked opponent Tuesday. The Trojans desperately needed this win — they need every win they can get right now. USC had lost five straight games heading into Tuesday, and beating the Dirtbags jumped them up nine spots to No. 104 in the RPI (yuck), while improving them to just 16-19 overall. The fact of the matter is, USC needs to get red-hot over its final six weeks of the season, and Tuesday was a nice jumping-off point. Jeremy Martinez went 4-for-4 with a homer and three RBIs to lead the USC offense, and heralded freshman Marrick Crouse (2 IP, 3 H, 2 ER) came out of the bullpen to earn his first career victory. It was a costly loss for Long Beach, however — the Dirtbags fell 10 spots to No. 64 in the RPI, putting them on the wrong side of the usual at-large cutoff line (around No. 60).

• No. 11 Texas Tech kept on rolling with a 7-4 road win at Mountain West leader New Mexico. TTU’s veterans did much of the heavy lifting, as Eric Gutierrez went 3-for-5 and Tanner Gardner and Tyler Neslony contributed two hits and two RBIs apiece to lead a 14-hit attack in support of Erikson Lanning (5 IP, 3 ER). Texas Tech ran its winning streak to 10 games and will go for the midweek sweep of New Mexico on Wednesday.

• Clemson has been scuffling of late, losing back-to-back road series against Duke and Louisville, but the Tigers returned home and let out some frustration with a 12-0 shellacking of a Georgia team that was coming off a series win against South Carolina. The Tigers scored five runs in the first to jump out to an early lead in support of Ryley Gilliam (5 IP, 1 H, 0 R), and Chris Okey put the game out of reach with a grand slam in the fourth.

• Cal, like Clemson, has lost back-to-back weekend road series (against Oregon and Arizona State — neither one a projected regional team at this point), so the Golden Bears were in serious need of a bounceback win Tuesday against Stanford. And Cal came through, beating the rival Cardinal 5-2 to even the two-game season midweek series (they still have a three-game conference series ahead). Wrecking ball Brett Cumberland led the Cal offense, going 2-for-5 with a homer, a double and three RBIs. 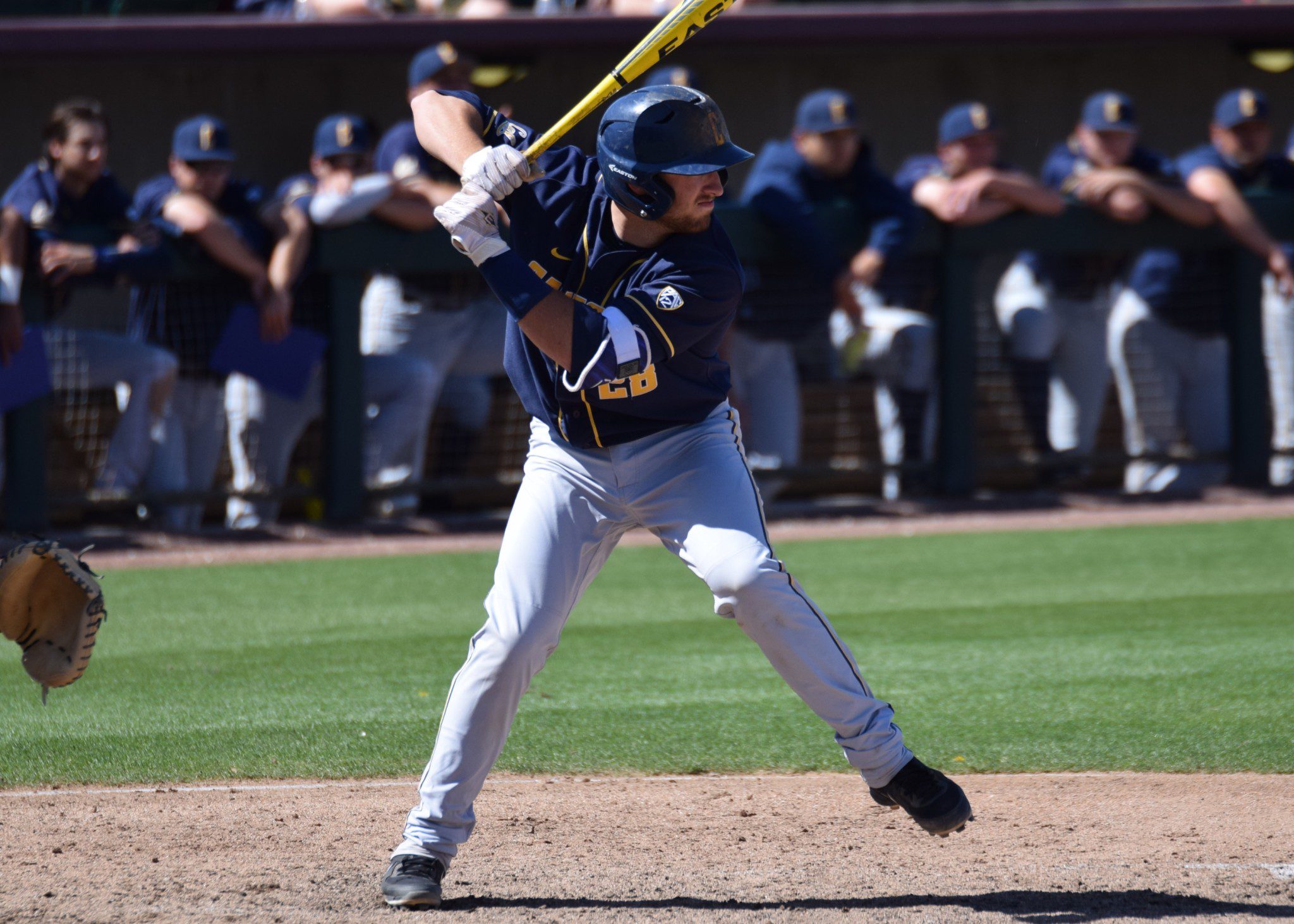 Earlier Tuesday, we reported on Twitter that Cal ace Daulton Jefferies is dealing with a strained subcapsular muscle in his throwing arm. He has resumed playing light catch, and he is expected to return at some point this season, but there is no specific timetable for his return. Obviously, Cal is a different team when it has Jefferies fronting the rotation, so this is an important storyline to monitor down the stretch. Jefferies has missed the last three weekends, and it’s probably no coincidence that the Bears lost two of those series.

• Tulane bounced back strong from a home series loss to Cincinnati by walloping Southern Miss 12-0. The Green Wave jumped up 12 spots in the RPI to No. 51 with the victory, putting them back into better at-large position. Suddenly, the Golden Eagles are slipping a bit, as they also lost two of three at UAB this weekend. On Tuesday, Tulane jumped out to a 6-0 lead after two innings, and that proved to be more than enough support for J.P. France (6 IP, 1 H, 0 R, 4 BB, 7 K) and three relievers, who combined on a two-hit shutout.

• Creighton is heading into an important stretch of tough nonconference games, and it needs a strong showing to shore up its at-large credentials. Tuesday was a rough start, as the Bluejays fell at Arkansas 6-2, dropping them 11 spots to No. 43 in the RPI. Next up, Creighton faces WCC contender BYU for three games, then hosts Nebraska next week for another midweek showdown. After that, all of Creighton’s remaining games are against teams outside the top 150, so the next week is absolutely critical.