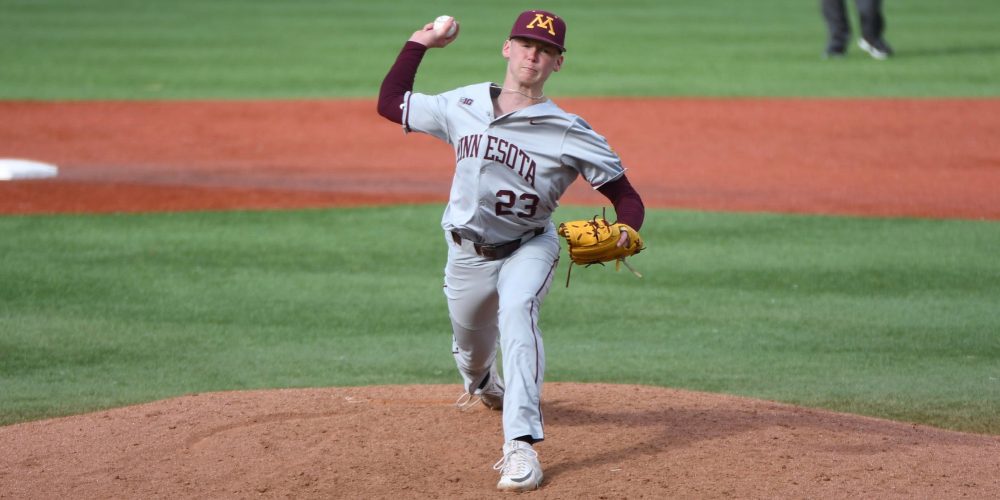 DALLAS — Minnesota traveled to the Lone Star State last weekend to take on Dallas Baptist in one of the more interesting early-season series for fans of Midwestern baseball. With each club boasting several high velocity arms, quality starters and some depth in the pen, the three-game set had all the makings of a weekend-long pitching battle between two teams poised to compete for their respective conference titles. Ultimately, the Patriots grabbed the series with a hard-fought 7-5 win on Sunday[…]