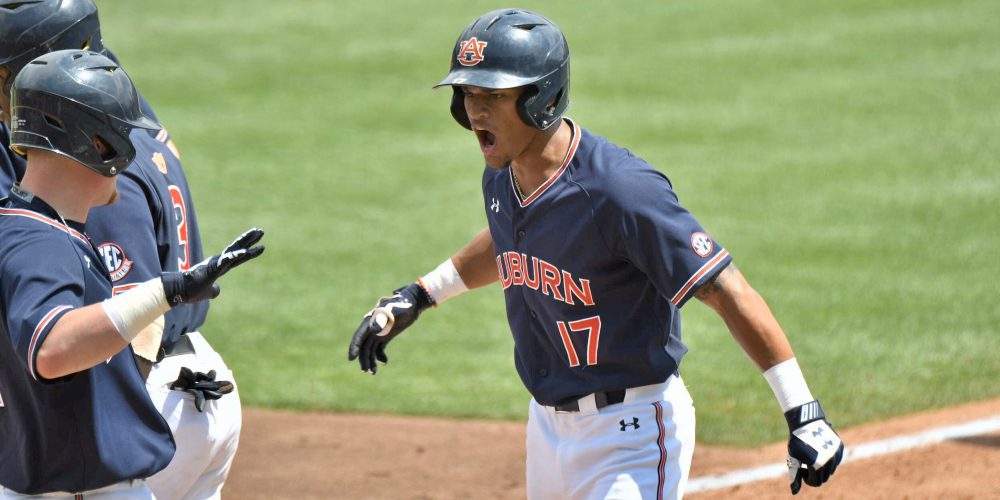 Who are the highest impact four-year graduate transfers? To my knowledge, the top graduate transfers are RHP Jeremy Randolph (Alabama) from Wright State and UTL Augie Isaacson (Dallas Baptist) from Friends University. Randolph made a name for himself last June in the Stanford Regional. He’s a strike-thrower who pitches with a low 90s fastball and an above average slider. After a solid summer in the Cape (2-0, 3.00 ERA, 33 IP, 37 H, 11 BB, 46 SO) he transferred to the Tide this fall and he’s likely to begin the spring season as closer. Isaacson has versatility all over the diamond and should start the spring in left field for the Patriots. We wrote about him this summer during our Northwoods League Dreams Showcase coverage, as well as in our Dallas Baptist Fall Report. Another potential impact grad-transfer who I briefly watched during an intrasquad this fall was CF Kyle Smith (Butler). He’s a transfer from Mississippi College that is athletic and has a feel to hit. Smith should be a difference maker for the Bulldogs in the Big East this spring.

Other top graduate transfers include: