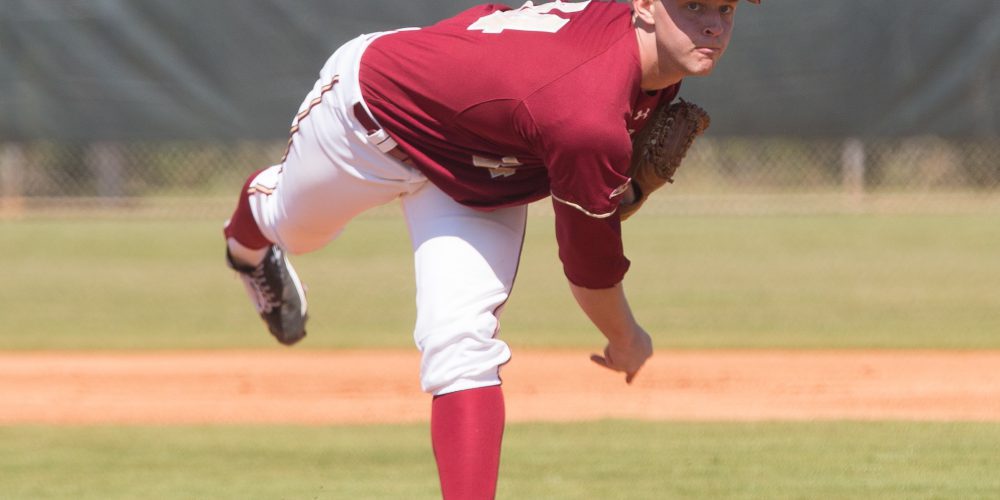 Under The Radar: Boston College

Heading into its first weekend of conference play, the ACC looks deeper than ever. The preseason Top 25 powers are off to strong starts (like 12-2 NC State, 10-1 North Carolina, 11-2 Miami and 10-2 Louisville). Two teams that began the season outside the rankings have jumped into the Top 25 (12-0 Georgia Tech and 9-2 Clemson). Every team in the league has a winning record after three weeks of nonconference play, albeit against varying levels of competition.

One of the ACC’s most intriguing upstarts is Boston College, whose 10-2 start includes solid wins against Ohio State, Indiana State and Central Michigan. The Eagles haven’t played the strongest schedule, certainly, but they have played very well, and they look poised to be a real factor in the ACC heading into their first conference series at NC State.

BC expected to contend last year, with an older club led by blue-chip slugger Chris Shaw in the heart of the lineup. But injuries to Shaw and fellow middle-of-the-order run producer Joe Cronin plus Friday starter Jeff Burke proved too much to overcome. BC still finished with a .500 overall record (27-27) for the first time in coach Mike Gambino’s five-year tenure, but it wound up back in the Atlantic Division basement at 10-19 in league play.

It won’t be easy to make headway in the Atlantic, where four of the other six teams are ranked, and Notre Dame has plenty of talent back from a regional team, and Wake Forest believes it has its best team in years. Still, Gambino is confident in his veteran bunch.

“I think this year’s team has a chance to be possibly better than last year, which sounds crazy because you’re losing arguably the best offensive player in our conference. You take that bat out of the middle or the order, how could we be better?” Gambino said. “But we’re just a year older, really. This senior class is our first real recruiting class, and they’ve been through it.”