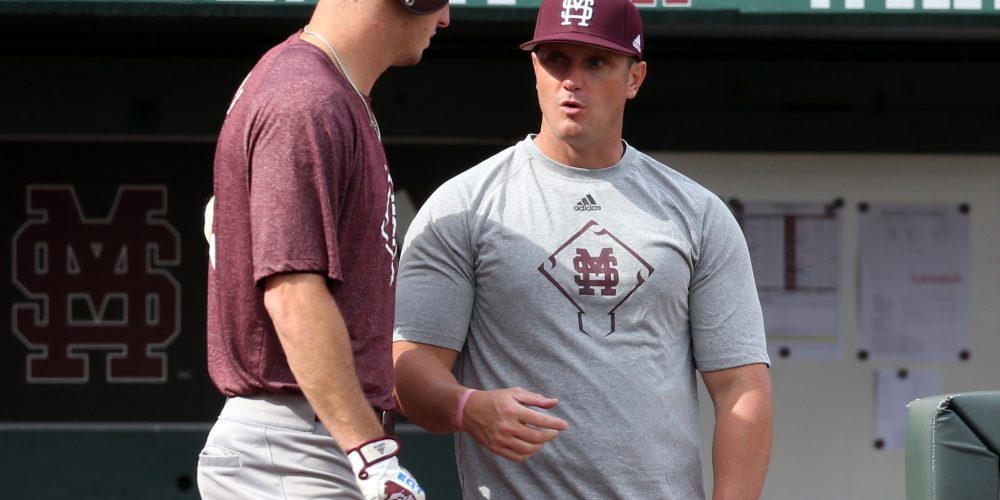 Andy Cannizaro went from a rising star to being unemployed. (MSU photo)

Rogers: Patience Pays Off For Cannizaro

Not long ago, Andy Cannizaro thought a head coaching dream was about to come true, and at that point, it didn’t involve Mississippi State.

This past summer, as the winds of the coaching carousel swept across the country, it came of particular interest to Cannizaro. Why? Well, as the Texas coaching search unfolded, one of the names that consistently came up in conversation was Tulane’s David Pierce. Pierce did a magical job during his time at Sam Houston State and also had restored order in the Big Easy, Cannizaro’s hometown just across Lake Pontchatrain from Mandeville, La.

Texas eventually hired Pierce and everyone, and I mean everyone just knew the direction the Green Wave was headed. Surely, being a former All-American at Tulane and one of the top rising assistants in college baseball, the 37-year-old Cannizaro would be the easy choice for TU athletic director Troy Dannen, right? Wrong.

Dannen, sources told D1Baserball.com throughout the process, wanted to plot his own path with the coaching search and decided to deviate from the expectation, instead opting to hire another terrific college baseball assistant in Vanderbilt’s Travis Jewett, who, unlike Cannizaro at the time, had vast experience as an assistant coach at places such as Washington State and Arizona before heading to the Music City and helping lead the Commodores to the program’s first national title.

Cannizaro and others in Louisiana were surprised by the decision. But as some say, good things comes to those who are patient. And that certainly was the case with Cannizaro. While Tulane is a solid job in the college baseball hierarchy, Mississippi State is one of those great jobs with one of the most passionate fan bases in the sport, next to, of course, LSU.

In just a matter of a couple of months, Cannizaro has progressed from someone who clearly was disappointed with Tulane’s decision to spurn him to snagging one of the nation’s elite jobs and getting some sweet justice in the process.

“You know, I’m going to tell you the truth, when you boil it all down and look at this hire, I think his experience level is actually pretty phenomenal,” Mississippi State athletic director John Cohen said. “To me, this hire really was a no brainer for me. When Nick Mingione and Wes Johnson left during the offseason, I got a chance to spend a lot of time with Andy, and the more I was around him, the more I felt like he was a guy I wanted.