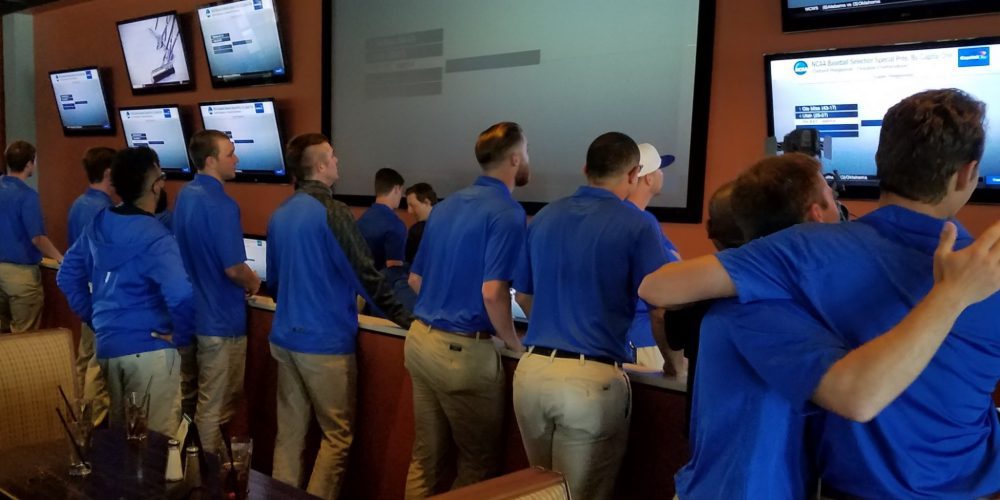 After Pollard led the Mountaineers to 41 wins an a regional runner-up showing in 2012, he interviewed for the head job at Duke, and again he was told it would be a mistake to take the job.

“But I don’t think it’s a mistake when you have an opportunity to be part of such a great institution, and such a great conference,” Pollard said Monday. “And a great place to live and raise your family. So it was an easy decision. I felt all along we would get to this point.”

This point is the most important moment in more than a half-century for Duke baseball. For the first time since 1961, the Blue Devils are going to the NCAA tournament.

“It’s certainly been this feeling that you’re overcoming history, you’re fighting history a little bit,” Pollard said, leaning on the railing above the Blue Monster at Durham Bulls Athletic Park, where the Devils play nearly all of their home games now. “We always talked about 1986 when I was at Appalachian State, and that felt like a really long time ago. Ah, 1986 feels like it was yesterday compared to 1961.”

The moment @Duke_BASE found out it is going to regionals for first time since 1961. pic.twitter.com/4qJuV6rb7T

Anyone who has spent time around Pollard during his first four seasons at Duke surely believed that it was only a matter of time before the Devils ended that seemingly eternal drought. Pollard exudes competence, intelligence and calm, steady leadership. His teams are disciplined and play with energy and focus. His recruiting efforts have infused the program with exciting young talent.

But young was the operative word last year, when the Devils leaned heavily on freshmen, who took their lumps but made strides toward contending. Duke finished 31-22 overall last year, 10-19 in the ACC. We all assumed the Devils would remain competitive heading into this season, but nobody really thought this would be the year they would break through to regionals. Not in the deepest year ever for the ACC, which finished as the No. 1 RPI conference and sent 10 teams to regionals for the first time ever.

“You always wonder how some guys are going to progress coming out of the fall. We did feel like this team was capable of surprising people. I know at one point early in the season, I had the feeling that maybe we’re still a year away,” Pollard said. “We still had so many kind of youthful moments where we looked like we just weren’t ready to compete on a day-in and day-out basis. But when we got to the Virginia Tech series, coming out of that series and coming home, there started to be a feeling like, ‘We might be able to do this.’ And credit our guys, they just kind of didn’t look back.” 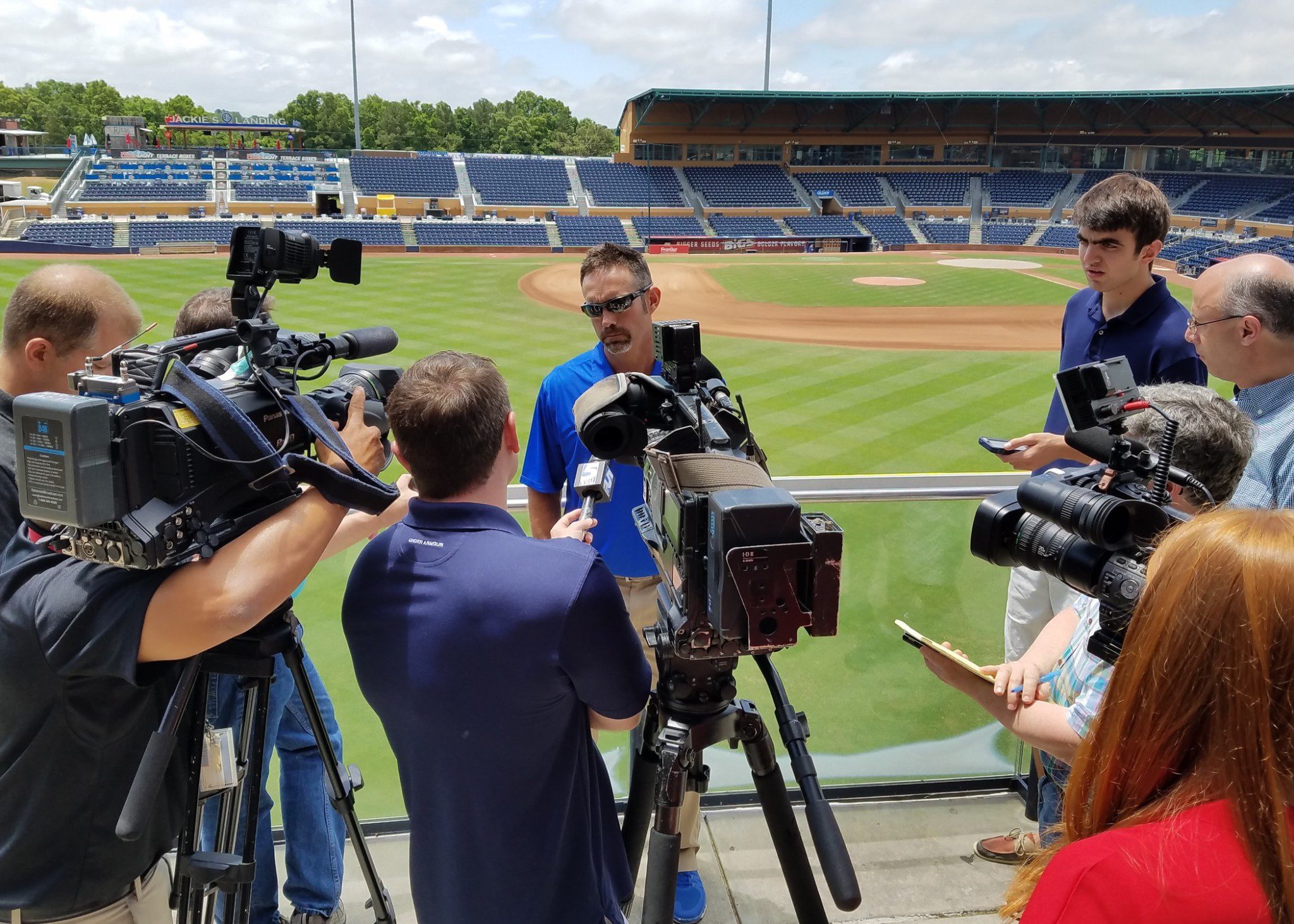 The first half of Duke’s spring had ups (opening the season with a series win against preseason top-10 Cal) but mostly downs (losing its first three ACC series, including three straight blowout losses to rival North Carolina). But Pollard said the fourth ACC series was a tipping point for his team. In the second game of that series at Georgia Tech, Duke won a wild 14-13 slugfest, then came out and won the next game 10-4 to take the series. The Devils followed with a series win against future national seed Clemson, and scored 12 runs to win the middle game of their series against juggernaut Miami.

“The next weekend we went to Virginia Tech, kind of feeling like, even though we had maybe five weekends to go in the season that it was a must-win weekend to be in the ACC tournament and be under consideration,” Pollard said. “And we lost the first game of a doubleheader in a walk-off. To start the second game, we put like a five-spot on the board in the top of the first and then kept pouring it on the rest of the game. It was like, ‘Enough’s enough here, we’ve got to grow up.’ It was fun to watch and fun to be a part of, to see young guys just develop resiliency down the stretch and develop toughness.”

Heading into the final two weekends against Florida State and at Pittsburgh, the Devils knew they controlled their own destiny: win those final two series, and they’d very likely secure that elusive trip to the NCAA tournament, because their RPI was robust and those series wins at Georgia Tech and vs. Clemson looked good on their resume. That’s easy to say, harder to do — after all, the Blue Devils hadn’t won a series against the Seminoles since 1994. But this time, they took two of three from FSU, then went to Pitt and won the first two games before the series finale was washed out.

“I would be lying if I didn’t tell you that we really felt it going up the pit that last weekend, after coming out of the Florida State series and feeling like, ‘OK, we’re right there, we’re a good weekend away from doing this,’” Pollard said. “Then the magnitude of how long it had been, I think, sort of sunk in for all of us — ‘Boy, this could be really big.’ But it feels really good at the same time. I’m so proud of our players and all the folks that have gotten behind this program.”

So the Blue Devils were optimistic about their chances after finishing 14-15 in the ACC and earning a trip to the conference tournament, where they were knocked out by Wake Forest in the play-in game. That made for a long week of good practices and intrasquads, followed by a nervous weekend of waiting and scoreboard watching. Pollard said he was visiting a recruit Sunday while a number of conference championship games were going on. He was paying particular attention to the Big Ten and Big 12 games, where wins by Iowa or West Virginia would gobble up an extra at-large spot. After his meeting with the recruit, Pollard boarded a flight home and sat on the runway texting his wife for updates on those two games. “As the plane was turning, I was getting one more update,” he said. “That was probably the most I’ve been anxious about our fate.” 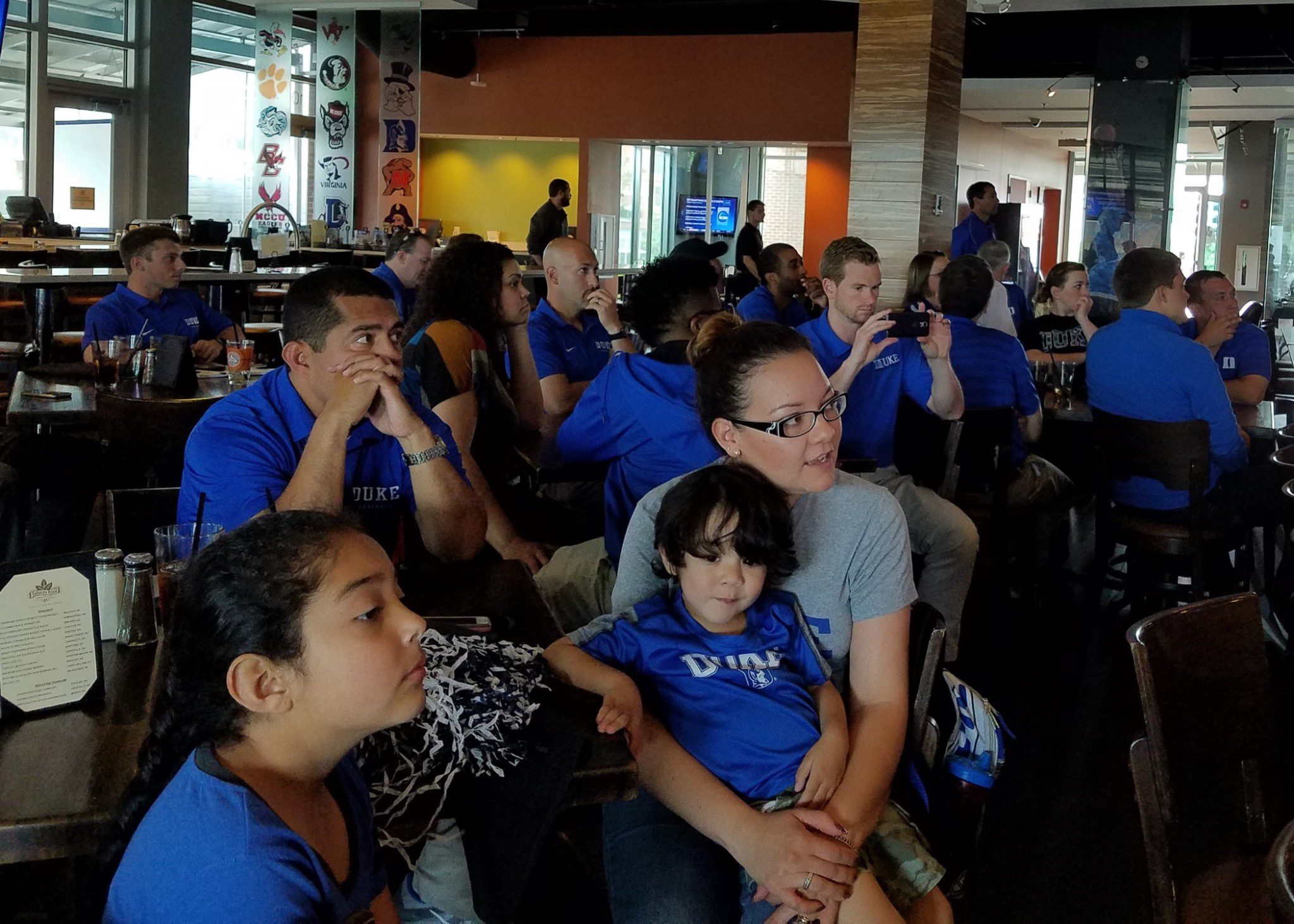 The players were certainly anxious during the team’s watch party at the Tobacco Road Sports Cafe, located atop the Blue Monster at the DBAP. As the selection show started, players looked a bit nervous but mostly optimistic — there were a lot of folded arms and hands drumming on chins. When the College Station regional was announced and Duke still wasn’t on the board, a rumbling groan rolled across the room like a wave. When the show headed into a commercial break without Duke’s name having been announced, loud booing erupted, and somebody shouted, “You’re kidding me!”

The show came back from break, and Duke didn’t land in the Nashville Regional — more groaning. Finally, Duke is announced as the No. 3 seed in Columbia, and the room explodes. Hugs and high-fives abound; other players look more relieved than anything else, leaning back in their chairs and exhaling.

“It was just very, extremely anxious,” said fifth-year senior lefthander Trent Swart, who has been part of this mission even longer than Pollard. “We were confident we were going to get a bid with how we played this year. We felt we deserved it and it was awesome to see it — it finally came to fruition. But it was just pure joy. Looked around and everyone was as happy as they could be.” 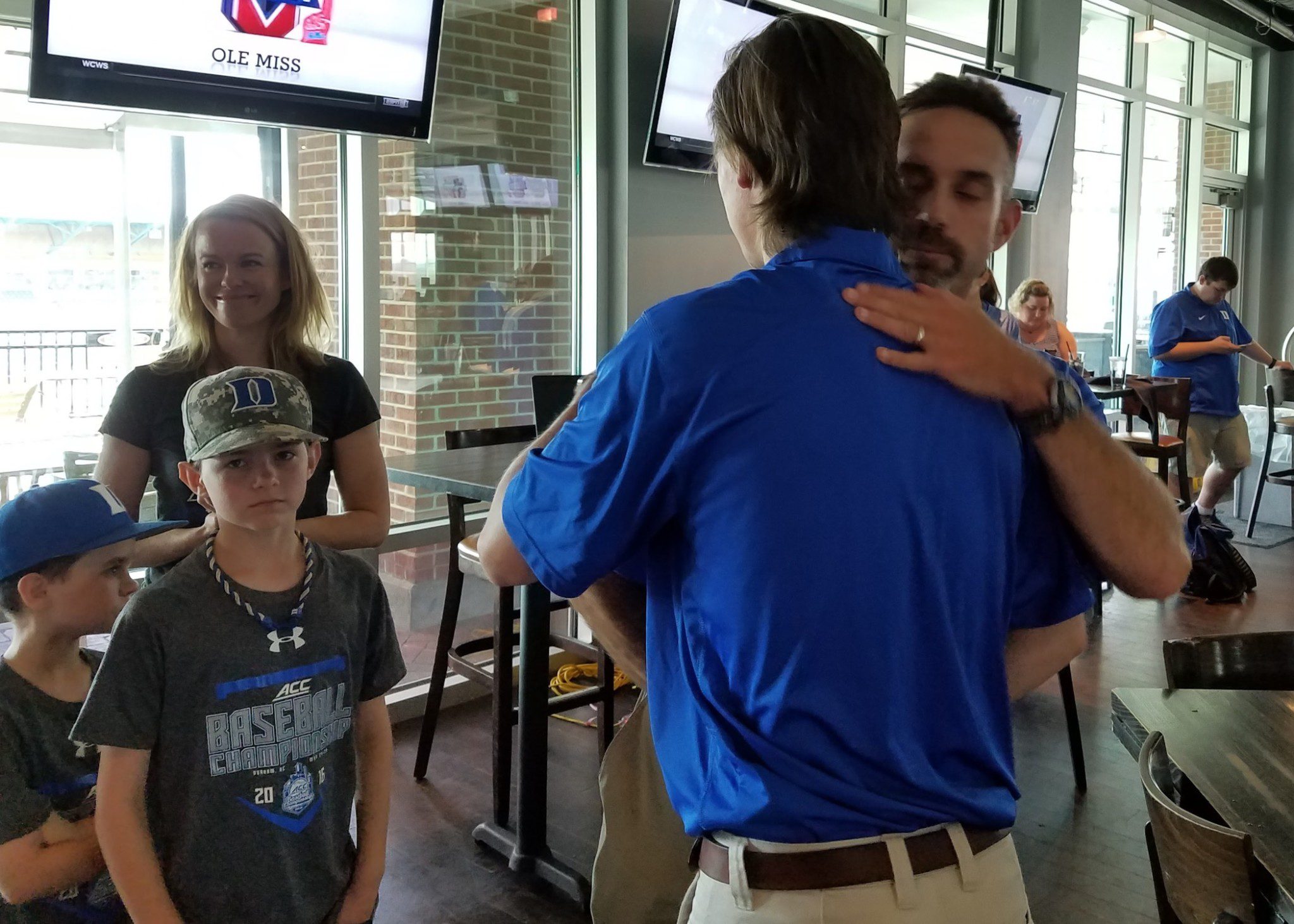 Standing in the back corner of the room, Pollard hugs his wife Stephanie for a long moment. She buries her face in his shoulder, and his eyes look a bit watery when he finally pulls back.

Now the Blue Devils can enjoy the rest of the show anxiety-free. A big chunk of the team leans forward with their arms around one another staring at the row of TVs, and when Boston College is announced as a 3-seed in Oxford, they cheer — happy for a fellow plucky upstart from the ACC. A few minutes later, when North Carolina’s name appears on the board as one of the first three teams out of the tournament, they cheer even louder. Another sound that is best described as “hooting” also permeates the room. ACC camaraderie only goes so far.

But this day isn’t about schadenfreude. This is a day of bliss, a day to celebrate Duke baseball’s arrival on the national scene, at long last. The players are excited about going to Columbia, and that trip is their primary focus. But they also know that their place in Duke history is now secure.

“We talked about that openly, about the ability to come back to campus years from now with your wife, with your kids, someday with your grandkids, and be the ones that ended that drought,” Pollard said. “And that’s certainly been a motivating factor for our guys.”