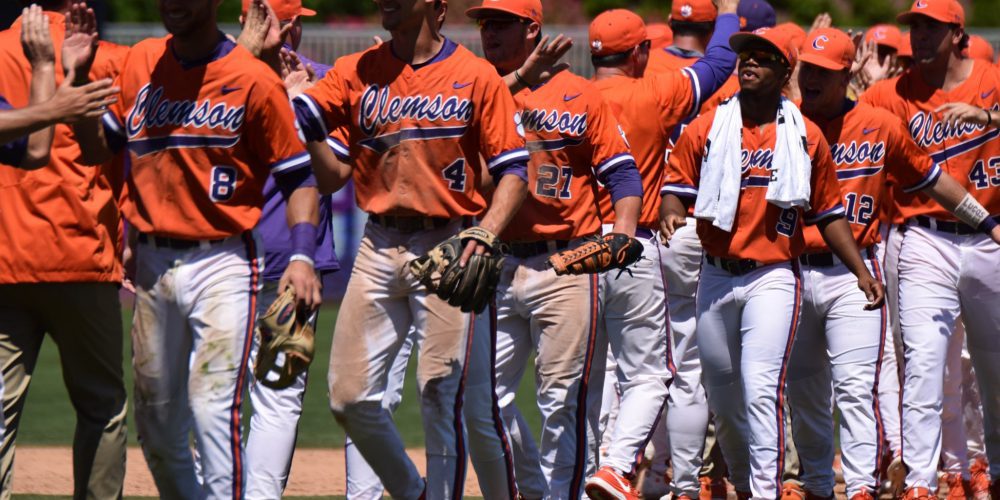 In the college baseball world, the final Saturday in May has come to be known as Dogpile Saturday — and it was a blast, as usual. Thirteen more teams clinched automatic bids to the NCAA tournament on Saturday, joining the four teams that had already punched their tickets to give us 17 teams in the field so far. You can track all of the conference champions at our automatic bids page.

In fact, out of the 17 conferences that have already crowned champions, just two have any chance of sending multiple teams to regionals: the Big West (where Fullerton won the automatic bid but Long Beach State and UC Santa Barbara will earn at-large bids) and the West Coast Conference (where regular-season champion St. Mary’s beat Gonzaga in the championship, making the WCC a two-bid league). St. Mary’s entered the week outside at-large range in the RPI, but we have been planning on the WCC snagging two bids all along, and the Gaels actually wound up at No. 56 in the RPI, so they would have been a legitimate at-large contender even if they had lost in the WCC title game. Gonzaga, meanwhile, will get in based on its No. 31 RPI, which is inflated by its 23-13 road record.

• We know the American Athletic Conference will “steal a bid”, as Houston and Connecticut will face off in Sunday’s championship game. Both teams are on the bubble but probably on the wrong side of it, so the loser isn’t likely to get an at-large spot. But Tulane and East Carolina are safe at-large teams with RPIs in the 30s and the top two records in the regular-season standings. So the AAC will send three teams to regionals instead of two.