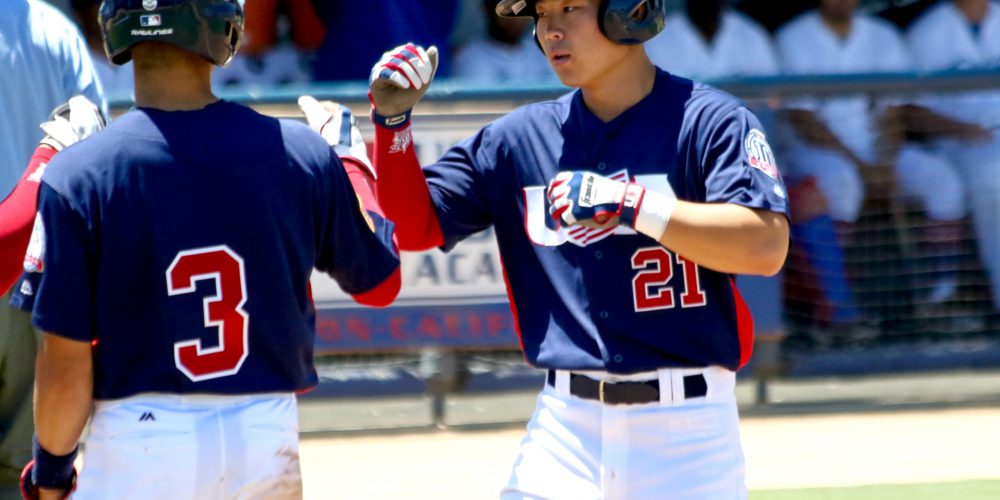 USA Baseball’s Collegiate National Team wrapped up its 2016 summer tour on a high note last week, beating Cuba 2-1 to clinch a series win on Cuban soil for the first time ever. It came down to the wire, as Keston Hiura (UC Irvine) broke a 1-1 tie with a solo homer in the eighth inning of the decisive fifth game, leading Team USA to a three-games-to-two series win. It was the first home run hit by any player on either team in the five-game series.

“It was a special moment. That game kind of felt like a national championship game at the Division I level,” said Team USA head coach George Horton (Oregon). “Everything we were representing, it was the end of the trail, it was a long arduous trail, a challenging trail, and we had a chance to do something that had never been done before. We emptied the tank as a staff and players in that game and on that tour.”

Team USA finished the summer tour with a record of 11-7-1, including a hard fought 3-2 series loss to Japan in Japan, a four-game split with Chinese Taipei in Taiwan, and an undefeated stint against five California Collegiate League teams in California. The overall record wasn’t gaudy, but winning the Cuba series and enduring a difficult travel schedule made the summer a success.

Horton took some time during his vacation in Big Bear Lake, Calif., to talk with D1Baseball and analyze and reflect upon Team USA’s summer tour.