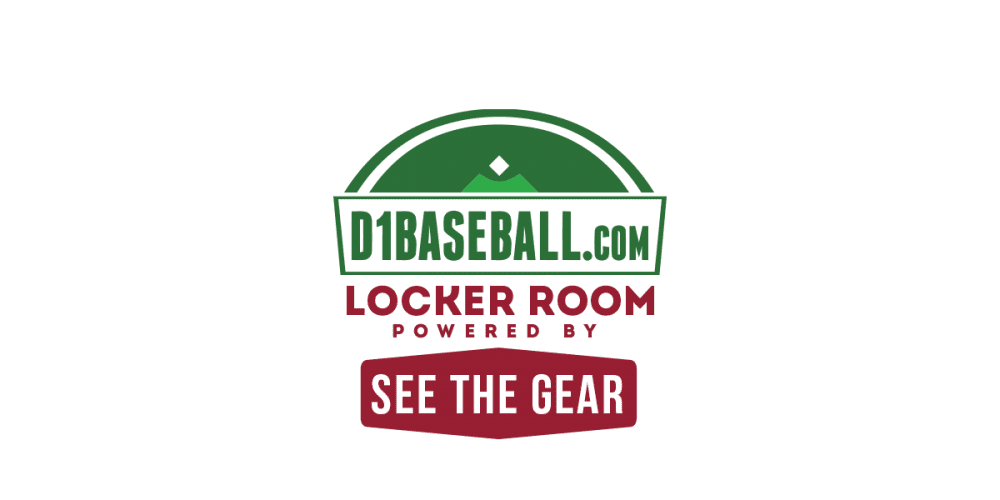 Every week throughout the season, we’ll update you on the latest and greatest gear and trends in college baseball. This week, we dive into college footwear. For more gear pics and info, follow us @seethegear on Twitter and Instagram.

College baseball is a testing ground for many brands. The customization at the college level is impressive and usually matriculates to the pro level to help the brand move product. Let’s take a look at some examples and be sure to let us know which ones you like best in the comment section below.

The Tigers have been at the tip of Nike gear of late.  This year, they are rocking custom Nike Force Zoom 3 Trouts.  We love the colorway and the underlying tiger stripes. Home run! 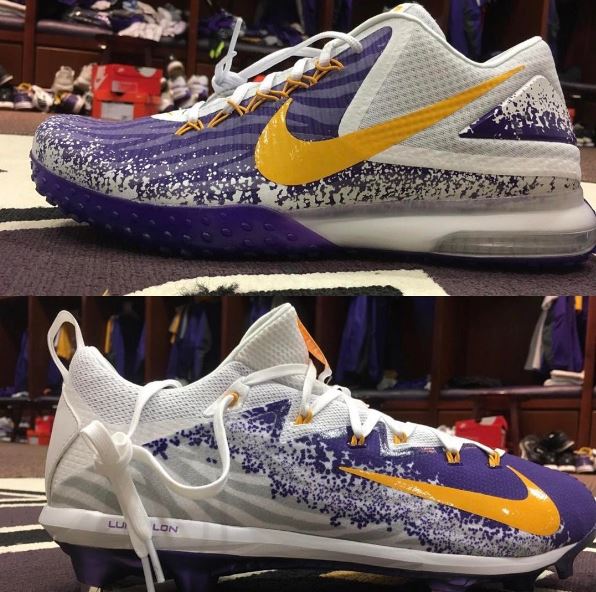 Miami has a taste for flair.  In last year’s College World Series, Miami broke out the adidas adiZero dipped chrome colored cleats…yes, chrome. They even had chrome lettering on their jerseys. By those standards, these Boost Icons are tame.  Single…with an RBI. 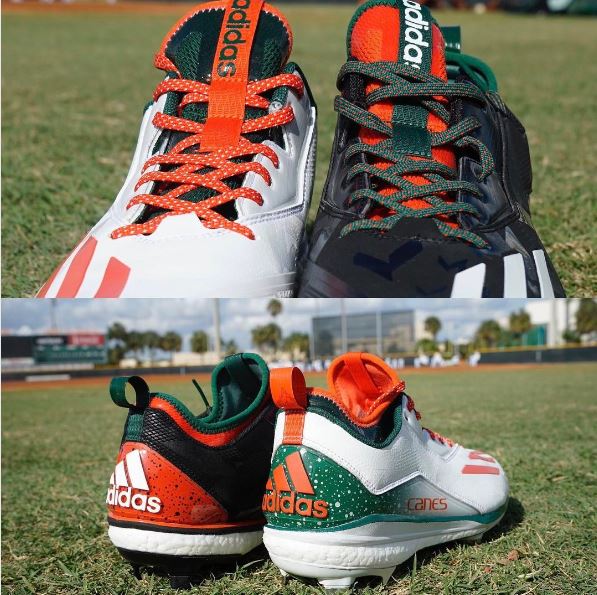 Maryland and Under Armour are proud of their state flag. I know you were expecting something with the Maryland flag on it so we made sure to not disappoint…here are the Maryland Pride spikes. Great design and use of colors, without being over the top. Standup Double. 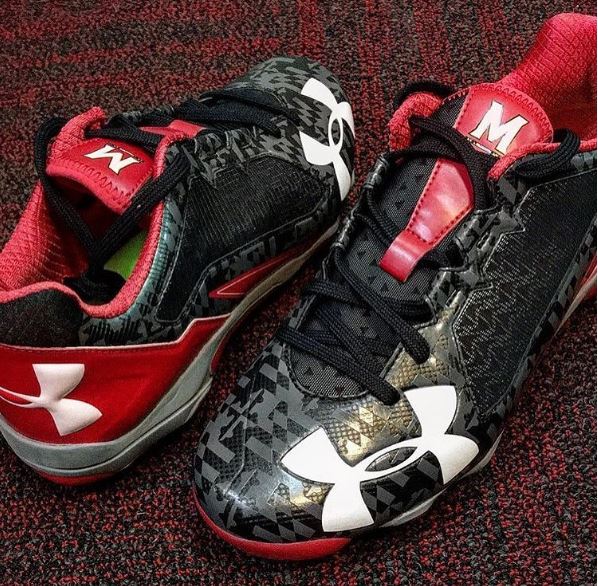 While the Cards cleats seem tame, we really like the accent features on them. “The Ville” and/or the cardinal logo are on each pair of these adidas Boost Icons and Burners that really accent the uniforms.  As Mr. Jones (Fred Witherspoon) says in the movie Friday, “You got to cooooordinate.” Stand up Double. 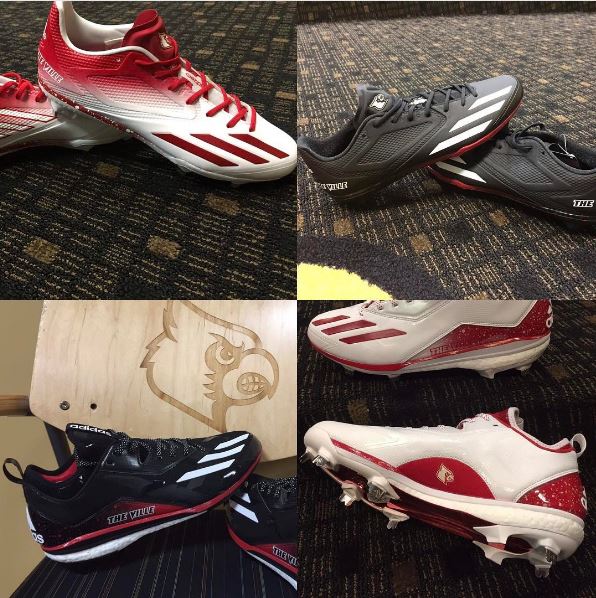 The Vols made the switch to Nike and the designers did a great job in the transition. We especially like the checkerboard pattern on the bottom of these white Air Clippers to match the end zone for Vol football. Triple. 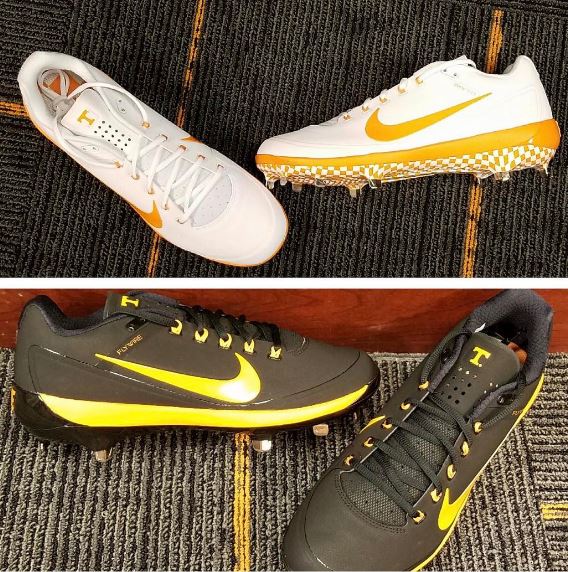 UNC has designed some sick gear the last few years and it didn’t disappoint this year. All three pairs (Vapor Elites, Trouts, Air Clippers) are solid and the insole with the Tar Heels logo is a great touch.  Home.  Run. 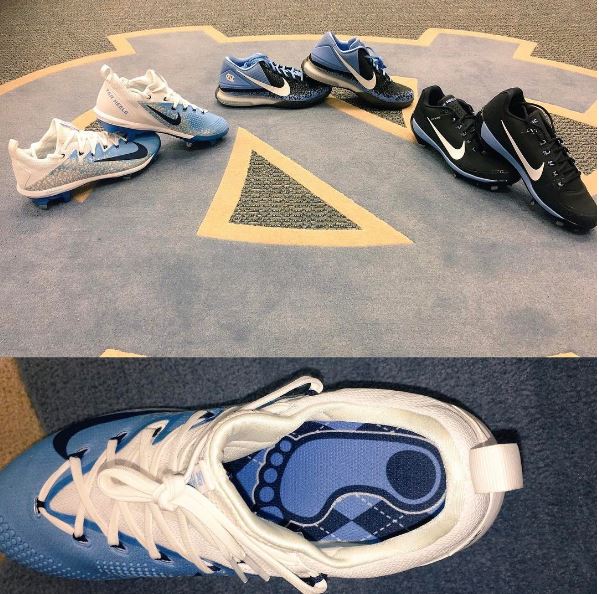 SC’s gear is not flashy. It is simply solid.  The colorways on these Under Armour Deceptions are clean and compliment their uniforms well. Their designs prove you don’t have to go over the top to make a splash. Stand up double. 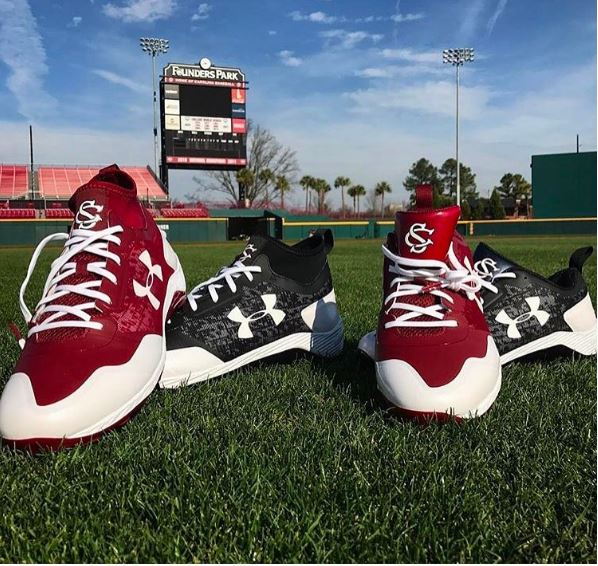 Geared Up: Showing Off Raised Decals