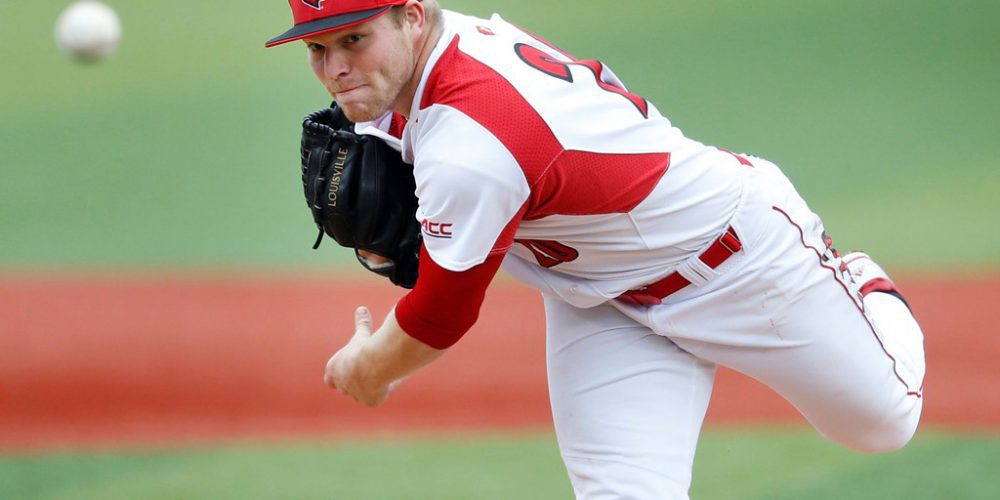 Drew Harrington put together a strong start for the Cards.

Sometimes elite programs like Louisville have to go back to the drawing board, too.

The Cardinals haven’t struggled this season. Actually, far from it. Dan McDonnell’s club is sitting at 26-7 overall, No. 4 in the RPI, and oh yeah, they also are 10-5 in the Atlantic Coast Conference. However, that’s simply not good enough for a program with serious national title aspirations. Why? The Cards also have a 3-6 record vs. RPI Top 25 teams with series losses – all on the road – to Ole Miss, Miami, and in ugly fashion last weekend, to Florida State as well.

It’s much too early to have any legitimate concerns about the Cards sans Kyle Funkhouser, but beginning this weekend against No. 16 Clemson, McDonnell would like to establish consistency against those types of clubs, especially if they plan on being a national seed come Selection Monday.

“Losing makes you kind of look at things a little differently, it makes you go back to the drawing board a little bit,” McDonnell said. “You realize there’s such a fine line between winning and losing, and you get an idea of how clean you really have to play to win games against elite teams.

“In our six losses to those teams, we had a chance to win five of those games” he continued. “So, I kind of see things a little differently. Every team goes through some challenges, and six of our seven losses are on the road. And of those, four of them are against teams projected to be national seeds right now, and if Ole Miss hosts, that’d add another team to the list. Our other loss happened to come against Virginia with a first rounder [Connor Jones] on the mound for them.”