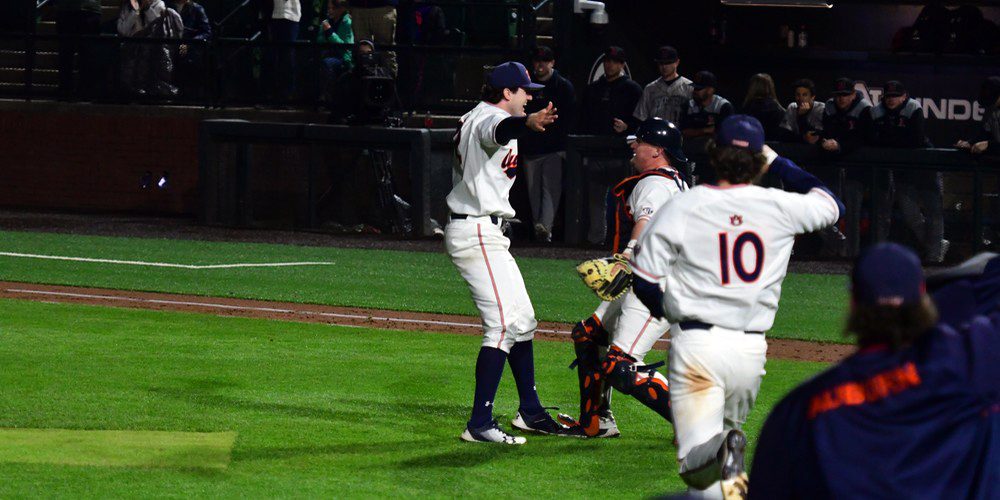 Auburn's Casey Mize has thrown a no-hitter this season. (Auburn)

Casey Mize: Anatomy Of A No-Hitter

The tension is building. The crowd feels there is a chance to see history. Teammates isolate the pitcher in the dugout. The scribes in the press box talk in code, more worried about what they don’t say than what they do. Yes, the hit column is empty but no one dares to use a certain phrase to describe it.

Casey Mize knows what is it stake. The Auburn pitcher understands that one mistake, one piece of bad luck or one questionable scorer’s call could end his bid at history.

The junior righthander is cruising. He hasn’t allowed a hit or a walk, only a fourth inning error mars his perfect evening. He pumps in a fastball, then a splitter. He uses a new weapon, a cutter that he picked up just before opening day. Tonight is the best he has thrown it. In fact, tonight is the best he’s thrown all his pitches. It has all come together. It is kind of night little boys dream of, coaches crave and fans tell stories about for generations.

It is a cool night; both literally and figuratively. The ball isn’t carrying, not that it matters because the Northeastern hitters aren’t making solid contact. Mize knows he can’t try to overthrow. He can’t aim to be too perfect. After all, his stuff is working so well. He has to fight the urge to push himself. Relax. Exhale. Try to enjoy this moment when everyone around him is staring, hoping and pulling while trying not to do anything to attract the baseball gods’ wrath.

“You have to stay within yourself,” Mize explains. “I can’t be snapping any fastballs or anything like that. Just stick to the game plan and have that same mentality. Your mind wants to say, ‘work harder’ but you have to teach yourself to overcome that. There are a lot of challenges in that mental aspect that people don’t realize.”

Auburn head coach Butch Thompson is pacing in the dugout. He doesn’t know when he has ever seen a pitcher have a night like this. He has never been part of a – he doesn’t dare use the word – during his career in SEC dugouts. One-hitters, two-hitters, sure; But not this term everyone dares not say.