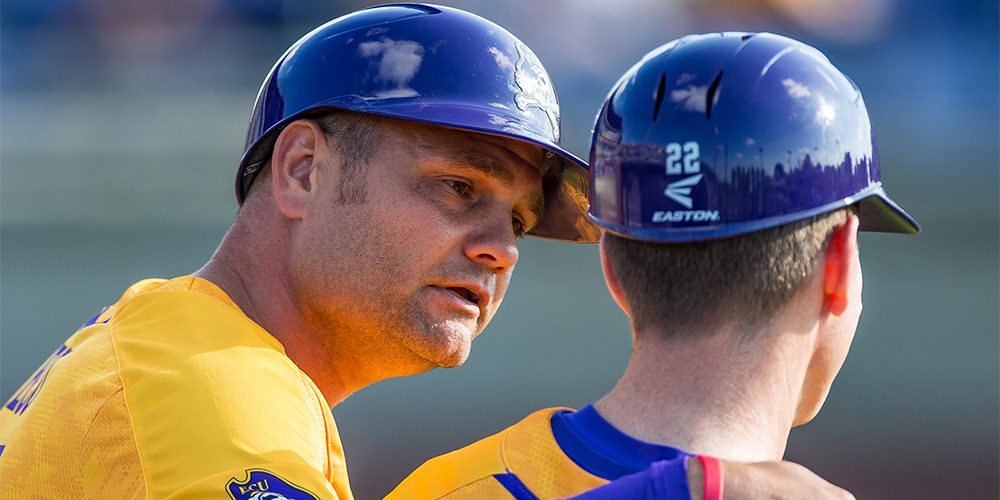 OXFORD, Miss. — On a sunny Saturday afternoon in April 2008, Cliff Godwin found himself sitting in the first base dugout of Swayze Field taking in his surroundings. The then third-year assistant coach at LSU gazed around the ballpark that rests on the edge of Ole Miss’ campus.

“I remember when I was at LSU, we played there in 2008. It was before we kind of got on our roll,” Godwin recalled. “We played there on a Saturday of Grove Bowl weekend, and Eli Manning threw out the first pitch. There were about 11,000 people there. I remember looking around and just thinking, ‘Man, this place is awesome.’”

Godwin felt a sense of comfort but couldn’t quite put his finger on where it stemmed from. Across from him in the other dugout stood Godwin’s future employer Mike Bianco, though at the time they didn’t really know each other at all.

“Mike is much different once you get to know him,” Godwin said. “I definitely thought when I was at LSU, ‘Hey man, that guy is intense. I don’t want to mess with that guy.’ I am sure that’s what everyone probably sees from the outside.”

Hailing from a small town in eastern North Carolina, Godwin played college baseball at East Carolina, where he is now the head coach of the No. 10 Pirates, who were on the brink of going to Omaha a season ago and now open 2017 in Oxford with a three-game series against Ole Miss. But the journey back to his alma mater was one that took the grandson of a tobacco farmer far away from the rural countryside and small-town setting where he’s most comfortable.