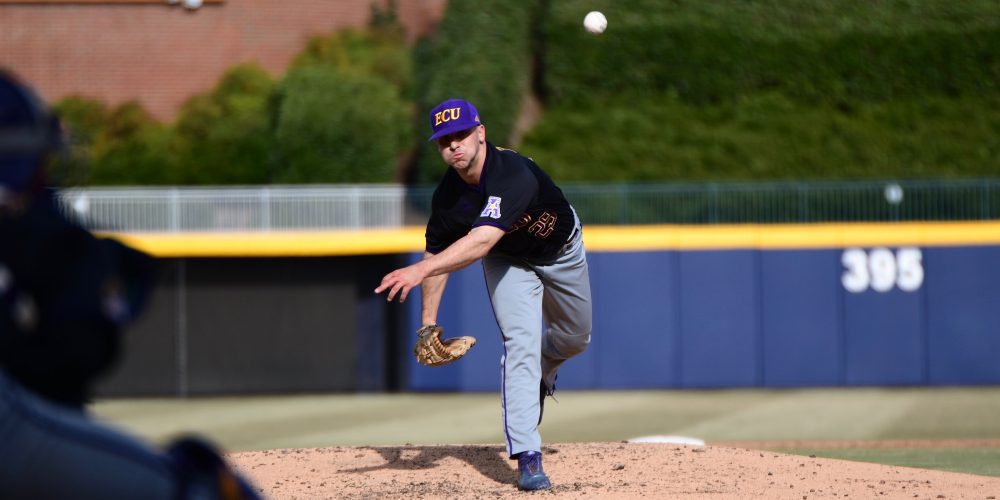 The perfect game club is one of the most exclusive groups in all of sports, especially in college baseball. Only 27 players in Division I baseball history had ever achieved the illustrious feat, but Sunday that number grew to 28 as East Carolina lefthander Jake Kuchmaner sat down 27 Maryland batters in a row to give his team the 3-0 win and a perfect stat line.

Kuchmaner’s path to this achievement was far from perfect, as the sophomore saw limited time on the mound his freshman season, posting a 4.62 ERA in 10 appearances. As his second season with the Pirates began, the lefty didn’t appear in the team’s first seven games. Despite the lack of playing time, ECU coach Cliff Godwin said Kuchmaner remained patient and ready.

“At no point in time did he ever complain about playing time or not come to the field with a ton of energy,” Godwin said. “He’s always an energy source for our team. He’s worked at it and he believes in himself. He has a ton of confidence because of the preparation he put in a long time ago before game day ever arrives.”