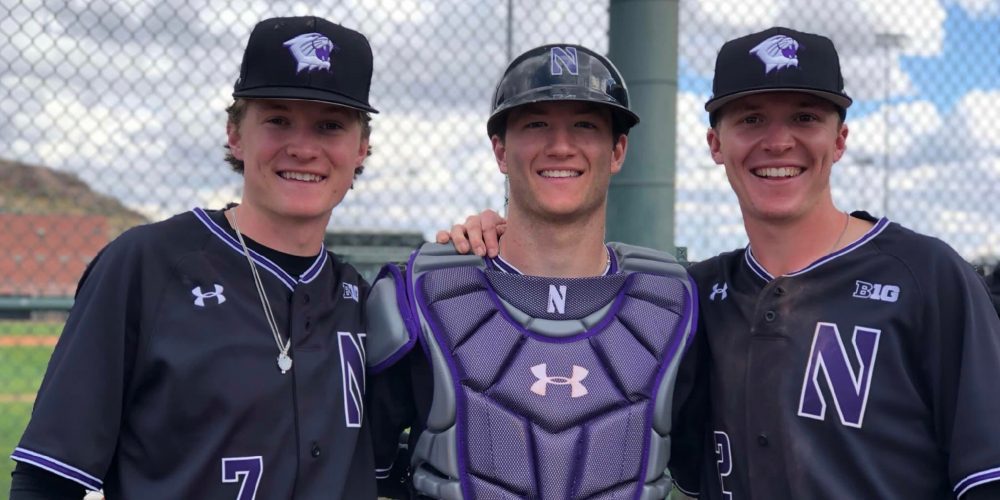 They say everything is relative, and that’s especially true for one-third of the Northwestern Wildcats starting lineup.

Senior Jack Dunn is the shortstop, redshirt freshman David Dunn – his brother – is the center fielder, and their cousin, true freshman Michael Trautwein, is the catcher.

They are more than just family. They’re pretty good, too.

Jack is second in the Big Ten Conference with a .361 batting average, and he has already set a Northwestern record with 204 consecutive starts in his stellar career. David is third on the team with a .289 batting average, and Trautwein, while hitting just .237, is outstanding defensively.

Wildcats coach Spencer Allen and Jack Dunn arrived at Northwestern’s campus just about simultaneously in the fall of 2015. Allen didn’t recruit him, but he’s surely glad Dunn was there when he arrived.

Ironically, Dunn had a sore arm and didn’t throw during that first fall on campus. But once the bell rung for Opening Day of the 2016 season, he was in the starting lineup. Dunn went 1-for-2 with one walk and one run scored in a 4-2 win over Nevada, and he hasn’t left the lineup since – not even for one day.