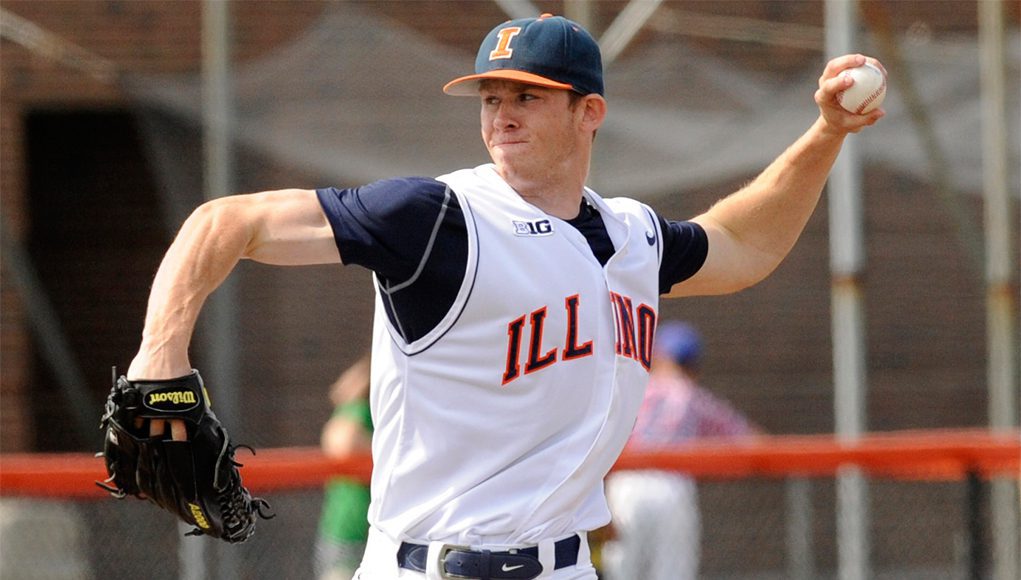 Tyler Jay and Illinois gave us a lot of great memories in 2015. (Illinois Athletics)

Editor’s Note: The COVID-19 crisis has resulted in the cancellation of the 2020 college baseball season, so we’re digging through our archives and re-posting some of the best work of D1Baseball’s first five years, highlighting some of college baseball’s biggest stars and most compelling storylines. Today, we present Michael Baumann’s 2015 profile of Illinois All-America closer Tyler Jay, who went on to become the No. 6 overall pick in that year’s draft. Illinois, which went 50-10 and earned a national seed, was one of the big stories of college baseball in 2015, thanks in part to Jay’s brilliance at the back of the bullpen.

COLUMBUS, Ohio — As Illinois’ closer, Tyler Jay has pitched the team’s biggest innings, and done so with incredible success: 5-1, 0.73, with nine saves and 54 strikeouts against only four walks and 26 hits (22 of them singles) in 49 1/3 innings. Such results mean that college hitters cause him less trouble than one of the most important decisions any closer can make: choosing entrance music.

“It’s stressful—you’ve got the whole year to think about it and guys are going back and forth throughout the year,” Jay said.

Jay kept his choice a secret from his teammates until the season was around the corner, and like everything else, it seems to have worked.

“When I played on Team USA, (Arizona State pitcher) Ryan Burr played a song in the locker room and I really liked it,” he said. “It’s like a Celldwellers dubstep ‘War Pigs’ mashup. It’s pretty rocking and dubsteppy, and it gets me going.” …