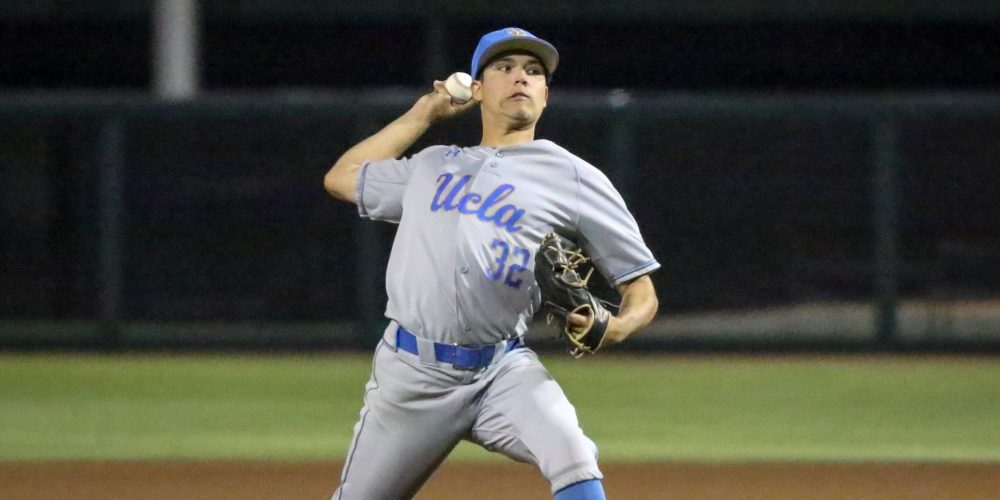 UCLA righthander Ryan Garcia, the No. 1 pitcher on the No. 1 team in the nation, couldn’t stop crying.

Granted, he was just 4 years old at the time, and he was a most-reluctant T-ball player.

“‘I don’t want to be here’,” said Garcia’s father, Edgar, quoting his son from 17 years ago. “But I put the ball on the tee for him, and he smacked it to left field.

Unfortunately for Bruins opponents, Garcia stuck to baseball from that point forward, arriving on UCLA’s campus in the fall of 2016 as an infielder/pitcher. Right away, Bruins coach John Savage decided that Garcia’s best position was pitcher.

He is a Golden Spikes semifinalist who ranks third in the nation in ERA and first among Power Five conferences.

“I’m not saying he’s in the Trevor Bauer/Gerrit Cole class,” Savage said of two former UCLA first-round pitchers now in the majors. “But he’s in that company.” …