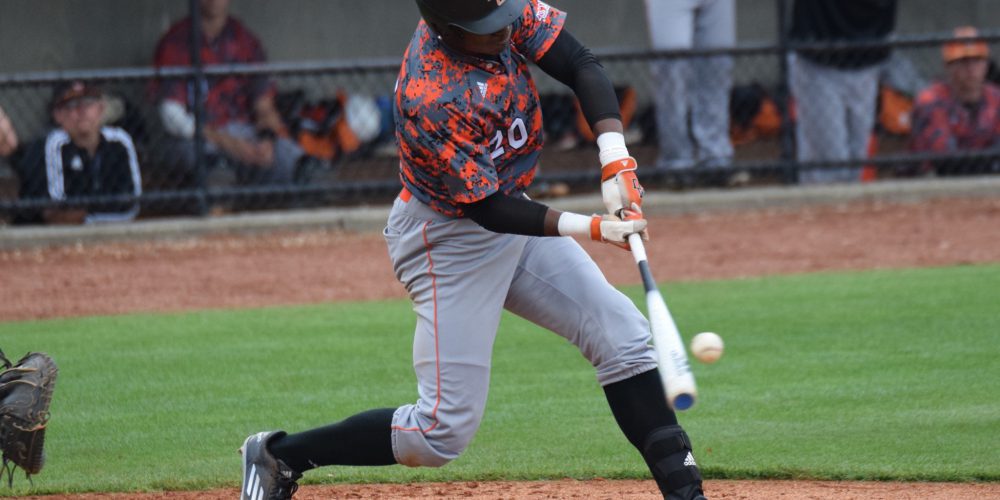 GREENSBORO, N.C. — The great ones always have to learn the value of patience. From Babe Ruth to Barry Bonds, the most dangerous major league sluggers have been pitched around forever. The same thing happens in college baseball, where superstars like Anthony Rendon and Kris Bryant had no choice but to take their walks, and punish balls in the zone when they got the chance.

It takes the right temperament to embrace that mentality, but Mercer’s Kyle Lewis has that temperament, just like Rendon and Bryant before him. Lewis knew he would be the focal point of Mercer’s offense heading into this season, after he smashed 17 homers as a sophomore last spring and then ranked as the No. 1 prospect in the prestigious Cape Cod League last summer. But Lewis has managed to avoid falling into the trap of “pressing.” He has seen his walk total skyrocket from 19 last year to 61 this year (one behind national leader Zack Collins of Miami), but his power numbers haven’t dipped. In fact, he has matched last season’s home run total (17, four behind national leader Kyle Nowlin of Eastern Kentucky). His batting average is up from .367 to .411, and his slugging percentage has jumped from .677 to .729. Naturally, his on-base percentage has ballooned most of all, from .423 to .545, which ranks third in the nation. The numbers are sterling across the board, making the junior center fielder one of the leading contenders for the Golden Spikes Award and the No. 1 overall pick.