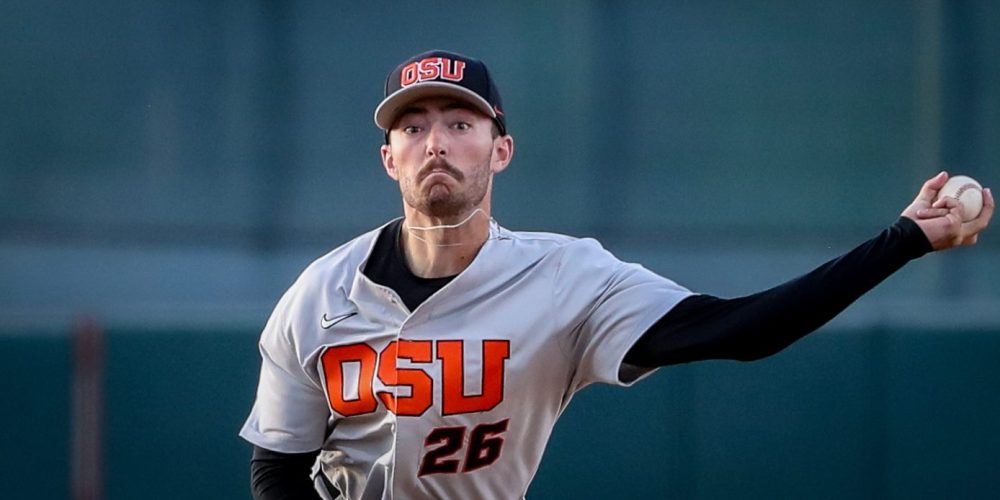 Cooper Hjerpe pulled up his right knee and coiled it into his chest as he rocked back. He flung his hip forward swinging his leg and stepping halfway down the mound. The Oregon State third-year sophomore pushed off from the first base side of the rubber and began to open up his shoulders. The baseball, hidden to the batter until that point, came streaking out of his left hand from a three-eighths slot in a cross-fire action. It appeared to be starting behind the back of Stanford lefthanded leadoff hitter Brock Jones before crossing over the plane and rising through[…]