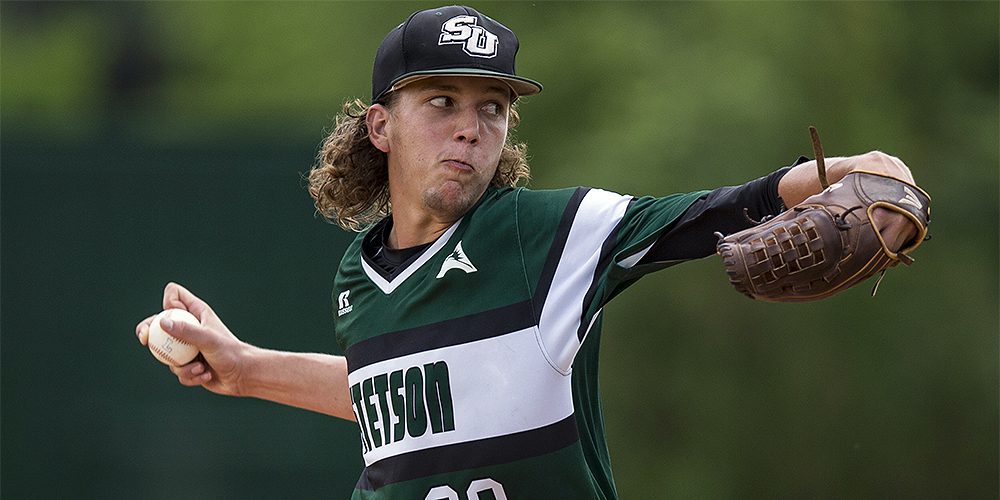 In 20 years as a head coach, Steve Trimper has coached some great players with wonderful makeup who went on to be very successful after their playing days were over. But he can count on one hand the guys who stood out above the rest for their work ethic, personalities and overall class.

Stetson junior righthander Logan Gilbert is among that select handful with the very best makeup. And he also happens to be quite possibly the most talented player Trimper has ever coached, a preseason All-American and a very likely first-round pick come June. That’s a pretty special combination of talent and intangibles.

“He’s an unbelievable — with an exclamation point — clubhouse guy,” Trimper said. “He comes out and sets up the screens every day like everybody else. He does the charts. He was lugging a bag recently and I told him not to worry about it, and he said, ‘Coach, I got this.’ He doesn’t do that to show up, it’s just his personality. His parents are wonderful people. When you get a player like that who was raised right, with great morals and values, it’s just a real all-around success story. He’s one of those pro players physically, but he’s going to be the pro guy of an organization, that’s gonna do the right things for an organization. When baseball’s done for him, he’s gonna be a high-end professional business person, or whatever he chooses to go into.”

Gilbert is intelligent and self-motivated, a standout student who is just fun to be around. He’s also a proven winner, with a career line of 16-1, 2.35 with 200 strikeouts in 172 innings at Stetson. He emerged as a bona fide star as a sophomore last year, going 10-0, 2.02 with a 107-26 K-BB mark in 89 innings to earn Atlantic Sun pitcher of the year honors. Then he became a Cape Cod League sensation, posting a 1.72 ERA and a 31-4 strikeout-walk mark in 31.1 innings for Orleans.

The Cape is where Gilbert really established himself as a candidate to be selected near the top of the 2018 draft.