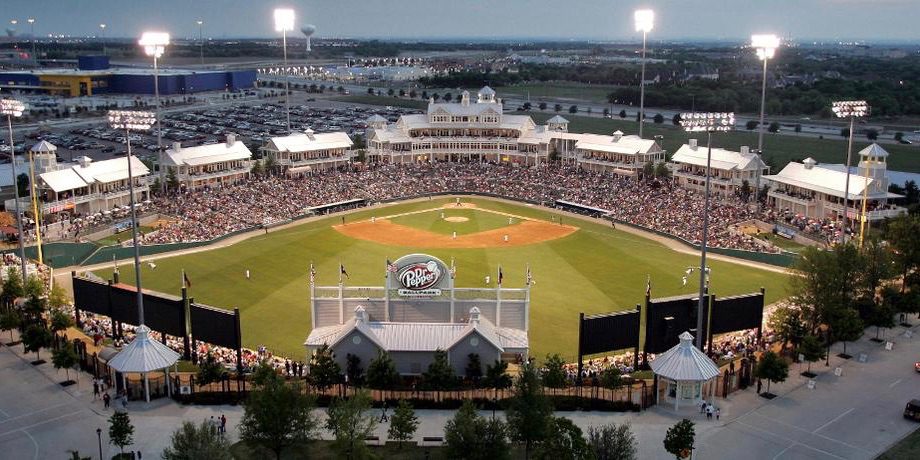 Inside The Early-Season Tournament Boom

College football has that bowl game experience, and college baseball players don’t … or at least they haven’t until recently.

The third-annual Frisco College Baseball Classic, one of a growing number of early-season tournaments that brings four or more teams together at a neutral site, is bringing a special flavor to its event.

“We roll out the red carpet,” said Nathan Woolridge, the director of Peak Events, which produces the tournament in Frisco, 35 minutes north of Dallas. “We treat the players first class. We have team gifts.

“Each team has a host that handles their laundry, takes care of their meals and is at their beck and call.”

With that tight a schedule, there’s little room for sight-seeing, but there will be a breakfast this year in which all four teams will gather in one setting.

Woolridge said one of the most popular features of the event is the custom-engraved mini bats awarded to each player named to the all-tournament team. In addition, the MVP of the event gets a full-sized and engraved wood bat.

The tournament is held at Frisco’s Dr. Pepper Ballpark, home of the Texas Rangers’ Double-A RoughRiders. Capacity is 10,316 for the stadium, which opened in 2003.

Woolridge said a total of about 21,000 fans attended last year’s six games, including an overflow crowd of 11,000 for Baylor-Texas A&M.

On that same March 1-3 weekend, the Shriners Hospitals for Children College Classic will take place at Houston’s Minute Maid Park. This will be the 11th year for this tournament, which Woolridge and others consider the model to emulate.

Baylor takes the field in the Shriner’s Classic in Minute Maid Park.

Angels scouting director Matt Swanson also praised the Houston Astros for the job they have done hosting their tournament. That’s why the Angels last year began looking at hosting their own tournament, which they planned to start in 2020. Toward that end, Swanson called an ACC school – he declined to specify which one – and found out that their schedule was set through 2024.

Swanson was maybe slightly discouraged, but he kept swinging for the fences. He finally got a “yes” – from Cal – and, as he kept plugging, he found numerous schools had a need for games in 2019.

So — with massive work put in by area scout Joel Murrie, national crosschecker Jason Smith and amateur scouting coordinator Aidan Donovan – the Angels College Classic was born. Nine teams will compete in the inaugural tournament, set for opening weekend of the college season, Feb. 15-17 in Arizona.

Two sites will be used: Tempe Diablo Stadium, which is the spring training home of the Angels and will host nine games, and Brazell Field, which will host eight games, on the campus of Grand Canyon University in Phoenix.

“What we’re creating is the biggest college baseball tournament besides the NCAA playoffs,” Swanson said. “My goal is to make this the premier event not only on the West Coast but nationally.”

Swanson said the Angels Classic has a lot going for it, including great weather and the opportunity to play in a stadium that is home to major leaguers for spring training.

But there’s something else in it for the players – the chance to impress a large number of scouts that will be in the area for spring training as well as the Angels Classic and the fact that Oregon State will play its first eight games this year in nearby Surprise, Ariz. The Beavers open at the Sanderson Ford, which also features Gonzaga, New Mexico and OSU’s 2018 super regional opponent, Minnesota.

Also playing college baseball in Arizona that same February 15-17 weekend will be:

• Virginia, Vanderbilt, TCU and Cal State Fullerton in the inaugural MLB4 tournament in Scottsdale’s Salt River Fields, the shared spring-training home of the Arizona Diamondbacks and Colorado Rockies. All four teams have been regulars in Omaha this decade, making the MLB4 field perhaps the most intriguing of all this year.

• Arizona will host UMass-Lowell in Tucson.

Add it all up, and it should be an exciting time for the players.

“Lots of kids have never been to spring training,” Swanson said. “For us to be able to expose them to that is pretty cool.

“It’s a good thing, brand wise, for the Angels. It’s a general win for us, but some things you just can’t monetize. It’s just good for baseball.”

In 2021, when the Rangers open their new stadium, they will host their own college classic, following the example of the Astros, Angels and Mariners. The loaded field for the inaugural tournament will feature Arkansas, Mississippi State, Ole Miss, TCU, Texas and Texas Tech.

Other early-season tournaments of note include: 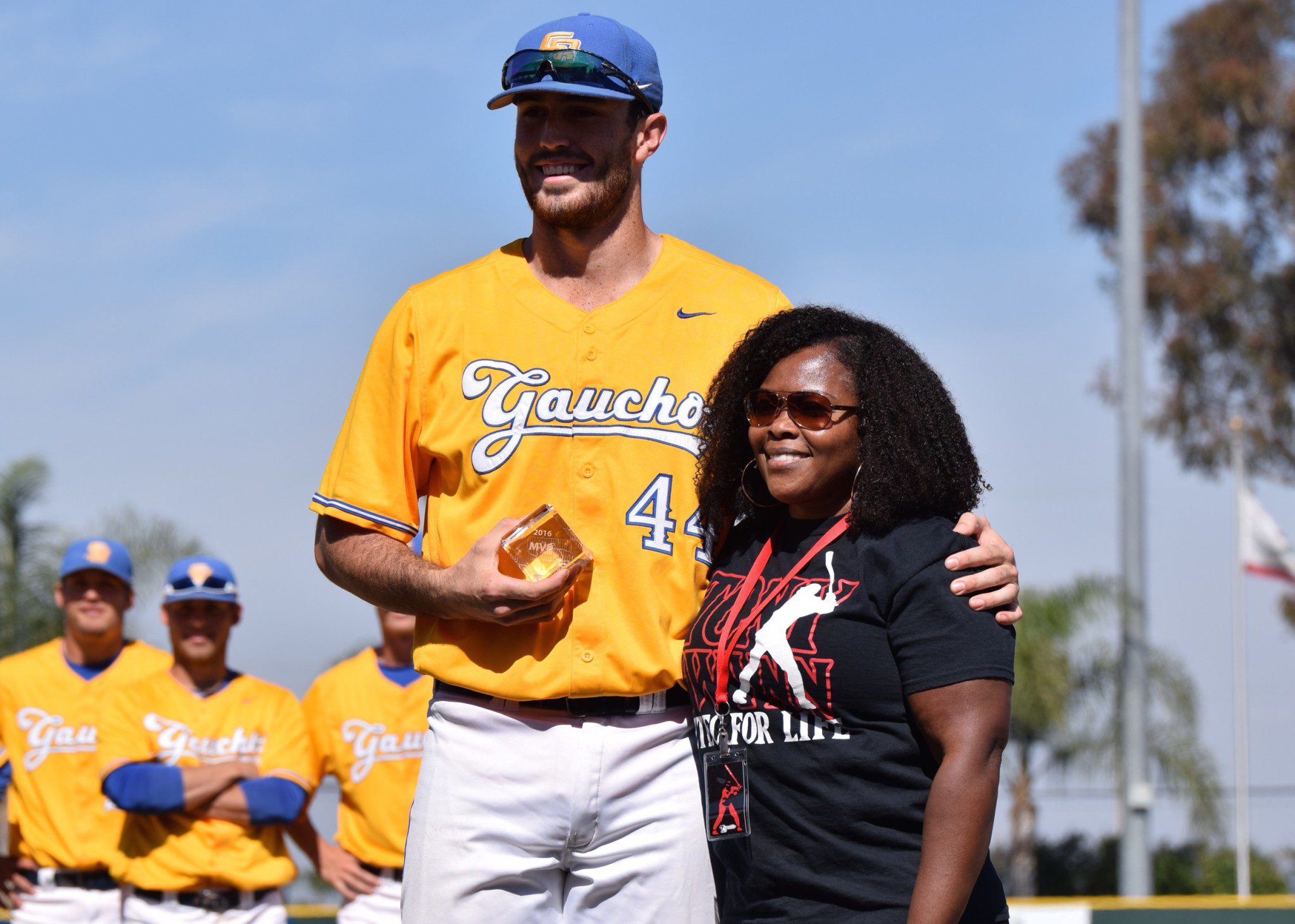 • The Andre Dawson Baseball Classic will be held Feb. 15-17 in New Orleans. Dawson, of course, is a Hall of Fame outfielder who played his college ball at Florida A&M, and this tournament in his honor has been set up for HBCU programs (Historically Black Colleges and Universities) such as his alma mater. Grambling State, Florida A&M, Eastern Kentucky, Prairie View, Southern and Alabama State are among the schools competing in this year’s event.

Nebraska coach Darin Erstad, who will take his team to Arizona to play Oregon State in the Big Ten-Pac-12 Challenge in February and then travel to Texas in March for the Frisco Classic, said his players love the challenges.

“We’ll play in a snow bank if we have to,” Erstad said. “That’s why our kids come to Nebraska – they want top competition. The Big Ten is getting better and better, and by playing these tournaments, you find out who you are. We want to get back to the College World Series, and there are certain teams you have to beat to get there.

“Our guys need to see that level early and often. We were in Frisco two years ago, and it was an awesome experience.”