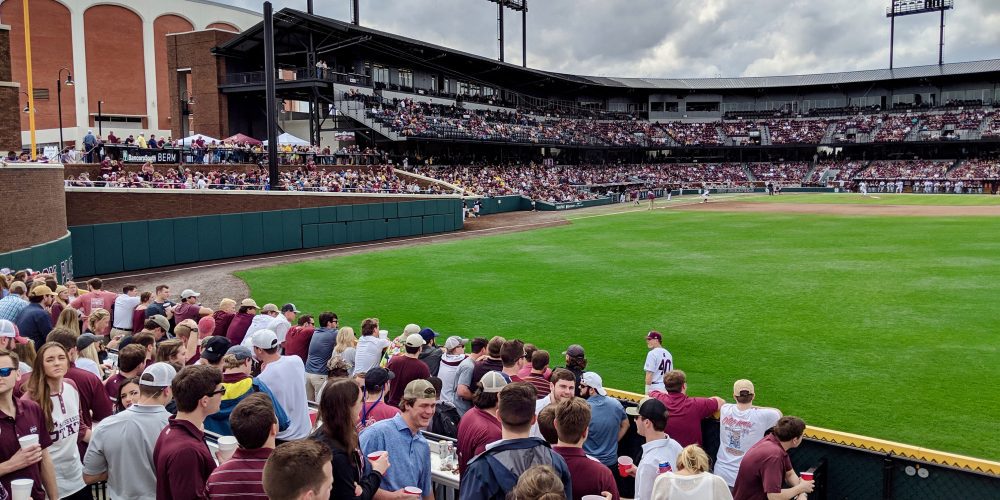 The Lounge maintains the festive atmosphere from the old Left Field Lounge.

STARKVILLE, Miss. — College baseball’s building boom has only intensified over the last decade, and particularly in the SEC, where the arms race never ends. However temporary, Mississippi State now takes its place at the top of the heap with the rebirth of Dudy Noble Field.

The Magnolia State is uncommonly crazy for college baseball, and its two SEC powers both introduce major projects this year: a giant $20 million facility for players at Ole Miss’ Swayze Field, and at Mississippi State, the new, $68 million Dudy Noble Field, which has already come to be known as the New Dude.

For decades, Mississippi State fans have taken pride in the one-of-a-kind college baseball experience of Dudy Noble Field, which they often referred to as “the Carnegie Hall of college baseball.” As Mark Etheridge wrote two years ago, many fans were apprehensive about the plan to tear the old stadium down and start fresh. In particular, fans were concerned about losing the unique charm of the Left Field Lounge — the iconic outfield platforms and trailers that constituted the old outfield terrace. But the new ballpark attempts to maintain much of that charm while modernizing the experience — and bringing it up to 21st-century safety codes.

Jason Michael Ford is a senior associate at Populous, one of the largest architecture firms in the world, with a focus on sports and entertainment facilities. For this project Populous served as a design consultant to lead architect Wier Boerner Allin, a firm based in Jackson, Miss.

Ford said he doesn’t think there’s a better ballpark or game-day experience in college baseball than the New Dude, and it’s hard to argue with him. This park is the new gold standard for college baseball, with all the best amenities for fans and players alike, without sacrificing too much of the character of the Lounge.

So let’s get to know the New Dude better. First, we have an interview with Ford, an architect who served as Populous’ top project manager on the Dudy Noble renovation. Then you can check out a photo gallery from my visit to Dudy Noble last weekend for the series against Southern Miss.

Fitt: First off, can you tell me about your role in this project?

Ford: We were hired by Wier Boerner Allin, they were the principal architect. We were their consultant. They’re all Mississippi State grads. This is something that had been in the works for a long time on Mississippi State’s campus. A lot of what you see now is the result of kind of a collaboration between our two firms. Then once the contractor was hired and the construction got under way, they took a larger role. It was a long process, started back in 2015, when the budget got out of whack.

Fitt: What were some of the major challenges you faced?

Ford: It ended up being a three-phase project. They were talking about doing this project for so long, it was a little over budget, and people were saying, “When is it ever going to get done?” One of the things we did earlier was we released the scoreboard portion. If you remember in 2017 when they installed the scoreboard, at the time it was the largest scoreboard in college baseball. I know LSU now says it has the biggest one, but at the time it was bigger than three major league scoreboards. So at the time that was important, because it showed some of the naysayers that we were getting started. 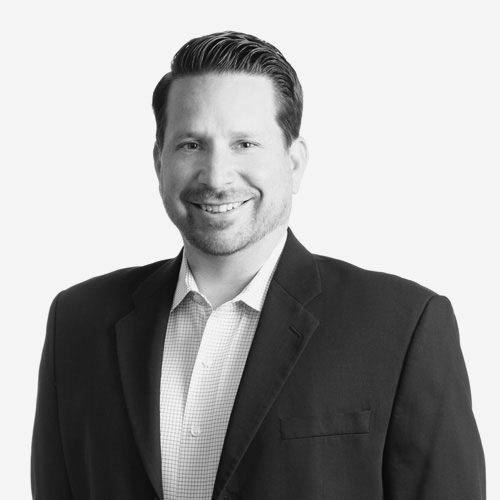 Then we looked at, will Mississippi State play somewhere else while we’re working on this project? Because we were working on the same site, we didn’t have the luxury that others like Kentucky and South Carolina have had where they built on a new site. So the second phase: I think they hosted a regional in 2017, and from the time that was over, demolition started, and we had to get it ready not only for fall ball but also that first February in 2018. Everything from the concourse down was completed, so the building was occupiable, fans could come in. They’re pretty proud of their attendance records; I think they had about 5,000 in there (last year). But they were really looking forward to having everything completed so they could have crowds of 15,000 in there.

Fitt: Obviously there was much gnashing of teeth about the future of the Left Field Lounge, because people were so protective of that unique experience. How did you try to approach the re-envisioned Lounge?

Ford: That was probably the hardest thing for us to come to grips with. We knew that this ballpark was a top-three ballpark in anybody’s list, the way it was. So the design challenge was, we can’t make this worse. This has to be higher on the list instead of lower. But I think what we figured out early was, it was really the people experience that made it what it was. So we wanted it to be organic, but kind of develop over time. We heard a lot of people say we’re ruining the ballpark, ruining the atmosphere. We wanted the design that was put into place to allow that to continue to flourish. I think people are now saying, “Yeah, we understand what you wanted to do.” I think the best thing for me is, people who were coming to the ballpark for 20 or 30 years but could never get to the outfield because they’re disabled, now there’s people in wheelchairs who are able to experience this ballpark all the way around because it’s accessible.

Fitt: Tell me about the three premium club areas.

Ford: There’s the Rooftop Club at the Lofts, the Omaha Club, and the Triple Crown Club behind home. Mississippi State had a nice facility, I think they had 16 to 18 suites at the previous building, so there was an expectation from a donor standpoint that we needed to maintain. You noticed the press box was moved down the third-base line, so you have four suites behind home for some of the higher donors. The Triple Crown Club, you have them at most of the  major league ballparks, but not a lot of places can have those in college. But just having those places behind home, people get out of the elements, go get something to eat or drink. Gives them a lot of different seating types they can offer from the Left Field Lounge to the berms and the lofts.

Fitt: There are so many thoughtful little touches in this park. What’s your personal favorite detail?

Ford: The right field plaza’s pretty nice. As ballpark designers, one of the few venues we can actually impact the field of play is baseball. You won’t see a football or basketball arena that has different dimensions. So one of the early sketches we did was playing with the outfield dimensions a little bit, having the right field plaza kind of come into play. We always talk about when we design these ballparks, we really try to create a home field advantage, so the teams that play and practice here regularly know how it plays a little better than the visiting team.

Fitt: How gratifying has it been to be part of this project, and to see how it has been received by fans, players and everyone else associated with Mississippi State baseball?

Ford: I think we’ve seen the word, people have called it a “bucket list” stop. We were very fortunate to have worked with Wier Boerner Allin on this. Seeing people experience this from the outfield . . . In our opinion, I think most people view it as a top-three college ballpark. I don’t think there’s a better ballpark or a better game day experience in college baseball. So we’re very proud. It took a while, but I think the end result is better than most folks expected. It’s a fun place to watch baseball, bottom line. That had to do with the environment, the people, the fans. Luckily we were able to capture that and build a facility that allowed the aura of Dudy Noble Field to continue on.