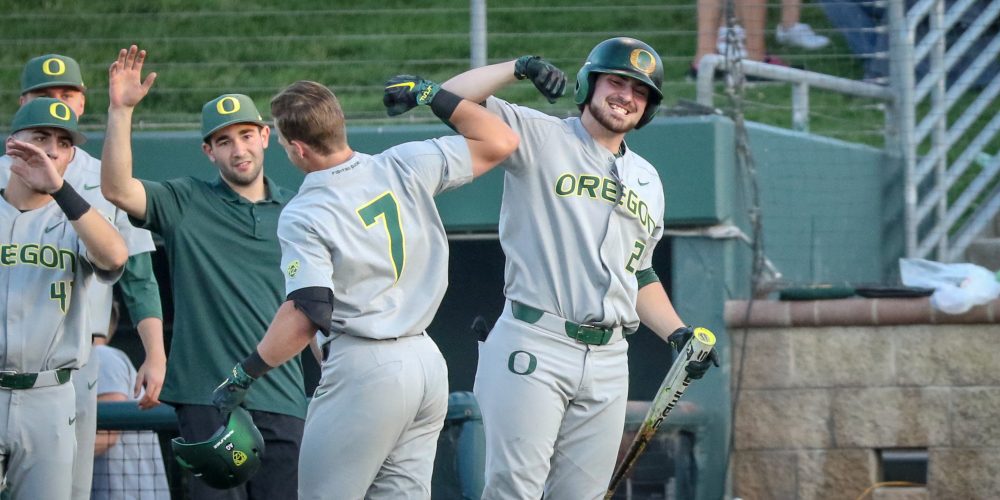 Kenyon Yovan was just a freshman back then, not the hitting/pitching/supremely confident veteran he is now. Late for a tutoring session, he had left his bag on the floor of Oregon’s locker room. In addition, his locker was a mess and not up to Ducks standards.

“I show up for practice the next day,” Yovan said, “and my glove was stuck to the ceiling, my cleats were in the toilet …”

The culprits weren’t too hard to find.

Lefthander David Peterson, just a few months away from becoming a Mets first-round pick, was “smirking”, Yovan said. Another veteran, catcher Tim Susnara, was laughing so hard that tears came down his cheeks.

“It took about 20 or 30 minutes to find everything,” said Susnara, a Diamondbacks eighth-round pick in 2017. “There was stuff taped to the walls, in the bathroom stall, behind the couch, in shelves, in the showers.”

Yovan can now admit that the prank was “hilarious”, but he also learned a valuable lesson that day.

“Clean your locker,” he said.

There have been many more lessons learned over the past three-plus years as Yovan has established himself — twice — as a college baseball star, first as a pitcher and then as a hitter. …

Click below for the rest of the story! Subscribe today and get two free months with the Annual+ Subscription!