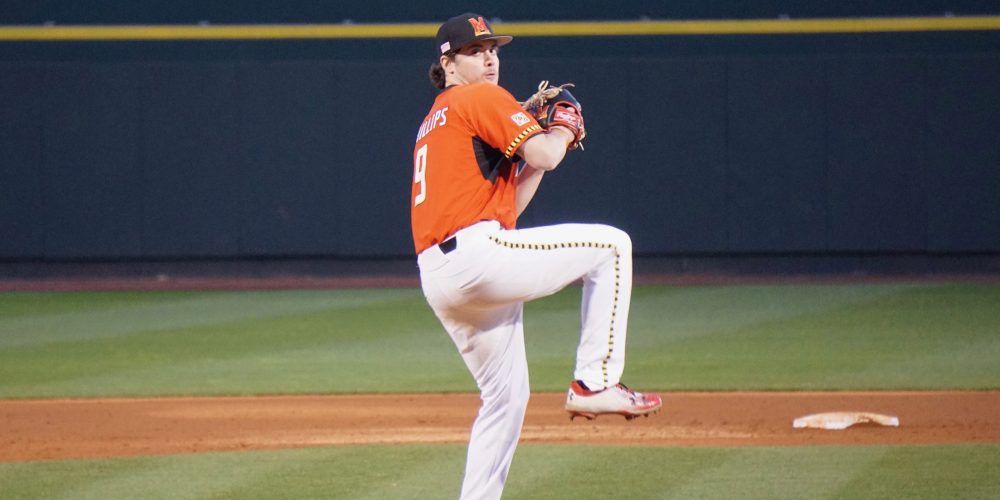 These were not bro hugs.

These were hugs with meaning, with sincerity … with life.

On Feb. 18, after inducing a Tennessee hitter into an inning-ending double play, it took Maryland freshman lefthander Billy Phillips quite a while to get from the mound to the dugout – and it’s not because he’s slow.

Phillips kept running into teammates wanting to hug him. Every player got a turn and some doubled up. After all, this was Phillips’ first inning on the mound since 2015, when he was diagnosed with leukemia.

The scene was Knoxville, Tenn. Phillips struck out five-hole hitter Benito Santiago, son of the former major leaguer, on three pitches, catching him looking at an 0-2 slider. After a single, Phillips threw an inside slider and got Wyatt Stapp to bounce into a 4-6-3 double play, concluding his thrilling return to the mound.

“In the moment, you don’t realize what you’re watching, but I don’t think you have much of a soul if you don’t tear up,” Vaughn said. “That was a moment I will never forget.”

Neither will Phillips, who has had a tragic family history. He was extremely close to his father, Bill, a former minor league righthander.

Billy Phillips was just 14 when he lost his father.

“He was my best friend,” Phillips said of his dad, a carpenter who was 46. “It was hard because he taught me everything I know about baseball. He would practice with me every day.

“All my friends loved him. He was at every practice. I spent just about every waking moment with him.”

Four years after losing his dad, Phillips, who played for St. Mark’s in Wilmington, Del., had already signed with Maryland and was playing his senior year of high school when he got sick.

At first, doctors diagnosed strep throat. But simultaneous pain in his left leg led to more tests. Ultimately, it was discovered that Phillips had acute lymphocytic leukemia, a cancer of blood-forming cells in the bone marrow that can spread to one’s organs.

Phillips, though, was unfazed.

“We got this,” he told his mother, Michelle, and that became a rallying cry.

Word of Phillips’ diagnosis reached Maryland’s campus, and the Terps players – although they had met Billy just once, during his official visit – let him know they were praying for him.

The entire Terps team wore #BP15 in gold lettering stitched across the back of their caps, in Phillips’ honor. (Phillips wears No. 9 now but had 15 back then.)

With Phillips’ health on their minds, the Terps enjoyed one of the greatest seasons in program history, reaching the super regionals. In fact, Phillips watched from his hospital room when the Terps knocked off host UCLA in the regionals.

That was a feel-good story. But after a while, reality set in for Phillips – this would be a long, hard fight for his life, and victory was far from assured.

Phillips had numerous painful procedures performed as doctors worked to save him, including a bone-marrow transplant on Sept. 18, 2015 as well as full-body radiation, a stem-cell transplant and several rounds of chemotherapy.

“He’s the most courageous, strong, humble and positive person I’ve ever met,” said Michelle, who was at his side every step of the way. “He made it impossible to approach this journey any way other than positive.

It can be a life-threatening condition.

“I was fed through my IV, and I dropped to 120 pounds,” said Phillips, who is now back up to 185 on his 6-foot-1 frame. “I was bedridden for about four weeks. My hair fell out and all that good stuff.” 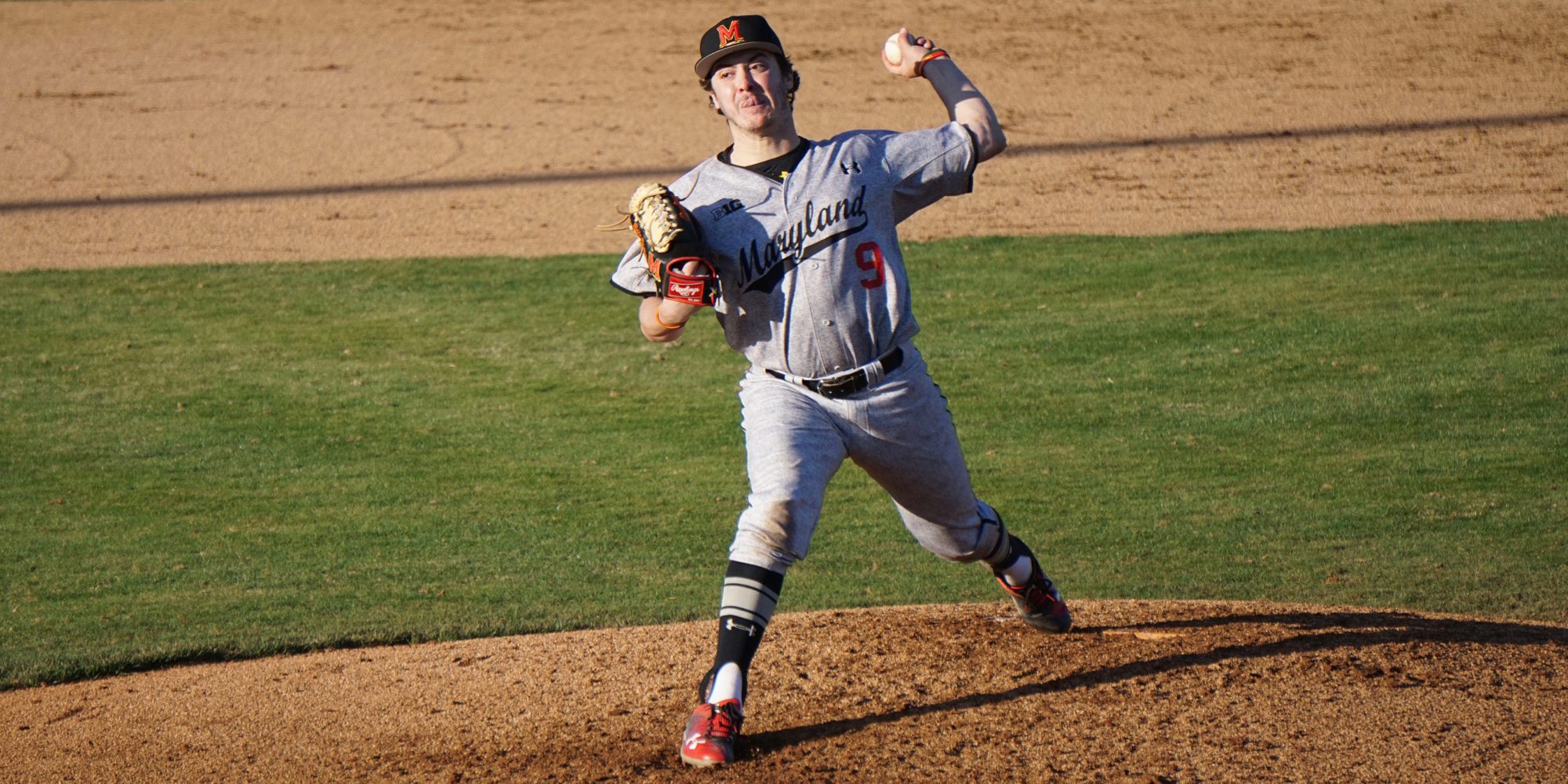 Phillips gained 20 pounds to 140 and was finally able to make it back to campus in the fall of 2016.

Baseball was off limits, and Phillips didn’t know how he would be received by his teammates or other athletes, especially in the weight room.

As it turns out, there was no need for any anxiety. The Maryland players made him feel welcome.

One example of that was Terps first baseman Kevin Biondic, who was constantly in Phillips’ ears.

“Dude, when are you going to practice?” Biondic would ask Phillips. “I don’t want to hear any excuses. I want to see you out there.”

Biondic, who was the player who got Phillips the baseball he used in his first collegiate inning as a keepsake, would have to wait to see his friend back on the mound.

Now 21, Phillips said he was pronounced, in effect, “cured” in January of 2017, but he wasn’t allowed to resume baseball activities until this past October, after fall ball had concluded.

A sophomore academically, Phillips has a 3.23 grade-point average and is interested in majoring in architecture or plant science.

On the field, Vaughn said he expects Phillips to get better as this season progresses. He got knocked around a bit in his second appearance, but the stronger he gets, the better he should get.

“When we were recruiting him, his fastball was 86-88 (mph) with a really good breaking ball and a ton of attitude,” Vaughn said. “His velocity is now 80-82. He commands the zone well, and he hasn’t lost his touch on the breaking ball.

“But as he regains his strength, I expect his velocity will rise.”

Either way, Vaughn knows Phillips will have tremendous support as he works his way back.

“He works his tail off,” Vaughn said. “There’s not a better kid out there. He’s the most selfless, unbelievable teammate you can imagine. People will walk through fire for him.”