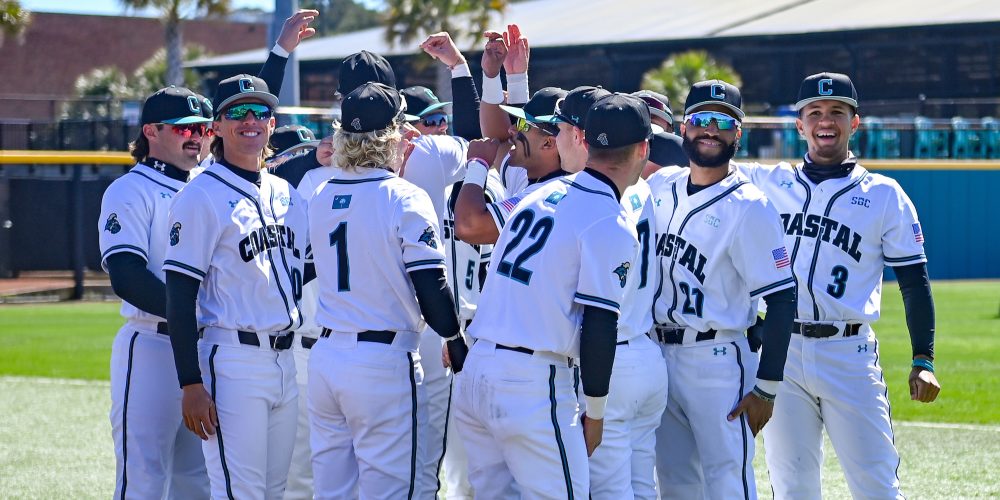 Maybe the season hasn’t gone exactly the way Gary Gilmore would have scripted it, but it’s hard to complain about where Coastal Carolina has found itself, with two weeks left to play before selection Monday.

The first half was a struggle for the Chanticleers, who battled through injuries and some underperformance during a 16-13-1 start, including a 5-6-1 start to Sun Belt Conference play. After getting swept at home by Georgia State on April 10, Coastal appeared to be going nowhere.