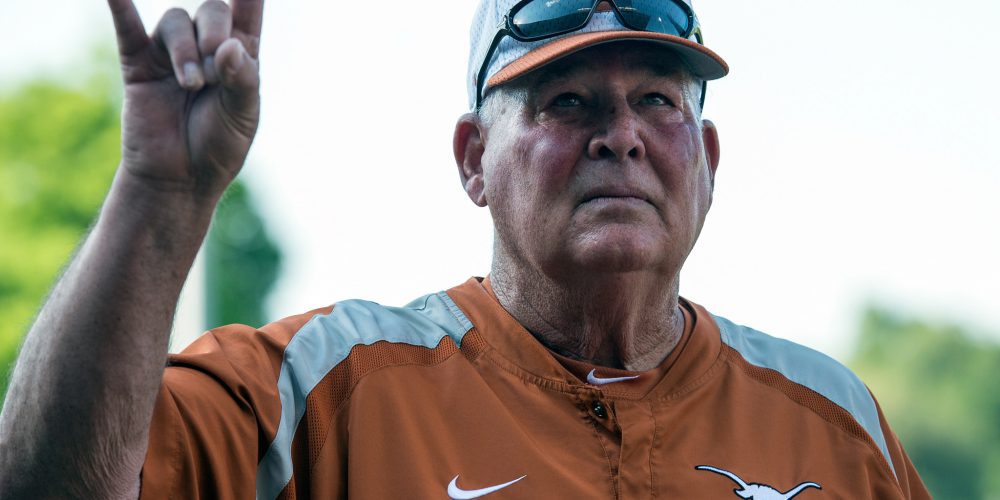 A SAMPLING OF A TRIUMVIRATE OF LEGENDS
Over the last few weeks I’ve had the chance to have sit-downs with Augie Garrido of Texas, Wayne Graham of Rice and Mike Martin of Florida State. I picked their brains on the subject of college baseball players and their level of entitlement and how it is affecting our sport.

If you want to see the finished product of that column, just click here  or you can just click on this link.

But the one overriding factor of talking with these three wise men is that they have given me some poetic gold along the way too. After I was done with the column on entitlement, I was still left with a myriad of nuggets in the pan that I felt could not go to waste. Here are the extra parts I didn’t use in the piece, but are still well worth the price of admission here.

See what you think StitchHeads.

THE GREAT AUGUSTUS.
I finally got the chance to talk with the inimitable and often quite quotable Augie Garrido before his Longhorns took on Oklahoma State on Saturday night, April 4th.

Me:
In your long coaching career, which one was your best team? And I think I know what you’re going to say.

Augie:
I have three. Tim Wallach. Phil Nevin. And Mark Kotsay, and they all happen to be Golden Spikes winners. My favorite player to coach was Omar Quintanilla, because he was such a rascal (laughs). But he meant well and he’s done very well. …