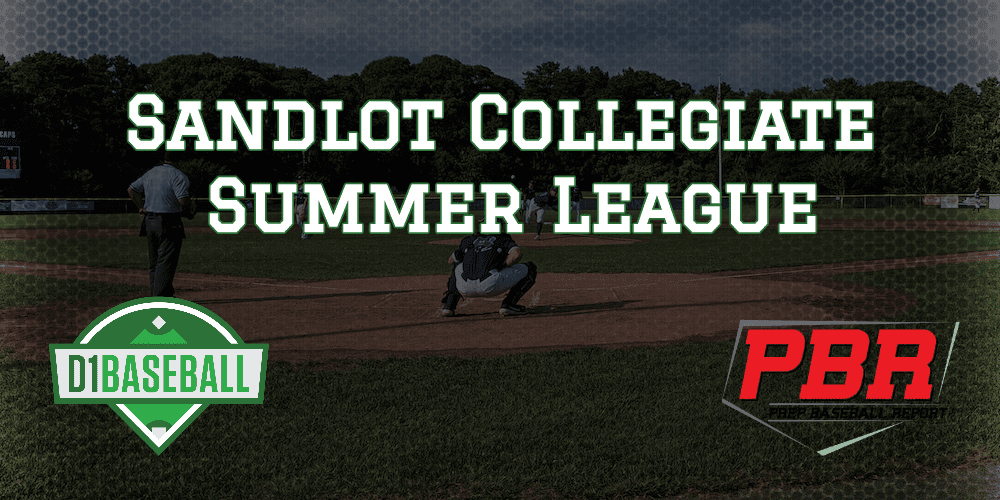 It remains to be seen if players will be able to play any kind of games or even work out for teams before the draft happens, but last week’s agreement gives MLB the right to organize showcases or other competition between draft-eligible prospects. With that in mind, D1Baseball and Prep Baseball Report teamed up to create the Sandlot Collegiate Summer League—a hypothetical league that would provide draft-eligible players a chance to play in front of scouts one more time before being drafted. The emphasis is on hypothetical. This exercise was done for fun, to create conversation and some friendly trash talk.

So Aaron Fitt, Shooter Hunt, Nathan Rode, Kendall Rogers and David Seifert conducted a 25-round draft to put together their teams. The parameters are simple: build a team to win a summer league championship using collegiate players eligible for the 2020 draft. Assume all players selected will choose to play. If this were to happen in real life, it’s unlikely that elite arms like Asa Lacy (Texas A&M) would suit up. He has established his value and wouldn’t risk injury or hurting his draft stock. But for our purposes, Lacy and the other top arms are all full speed ahead for our imaginary summer ball season.

However, our imagination does not extend so far as making injured players healthy. A player who recently had Tommy John surgery, like Mississippi State’s JT Ginn, is still unavailable to pitch in our universe. But players who were previously scheduled to return from injury later this spring, such as Michigan’s Jesse Franklin or Coastal Carolina’s Parker Chavers, will be presumed healthy for our summer league.

Below, subscribers can find the full pick-by-pick, round-by-round draft results. To view each individual team with starting lineups and analysis, click HERE.