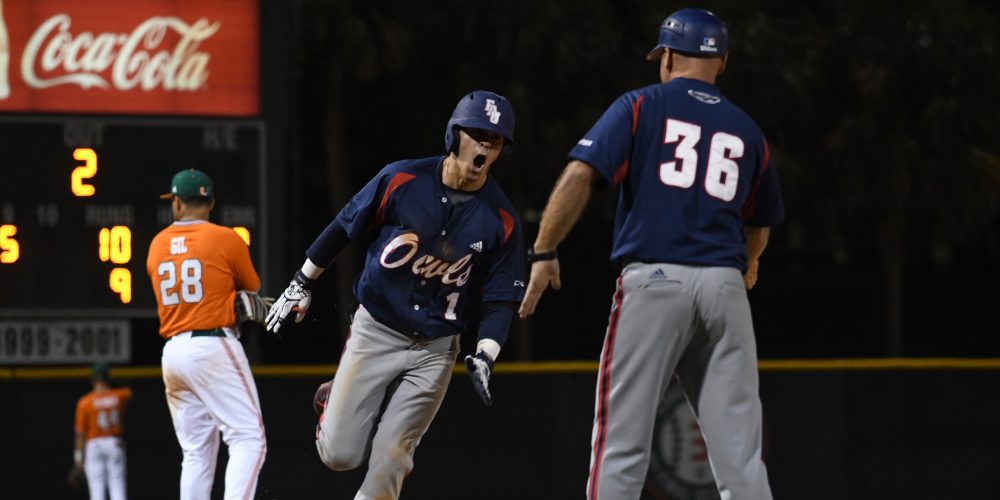 CORAL GABLES, Fla. — Baby One More Time was probably the worst/best karaoke song belted out by the Florida Atlantic Owls on the 90-minute bus ride back to their Boca Raton campus on Wednesday night.

The singing may not have been American Idol-worthy, but it was joyous … and who can blame them?

The visiting Owls had just entered the ninth inning trailing 9-5 and exited six outs later with an 11-9 win over the once mighty Miami Hurricanes.

Eric Rivera had the big blow – a two-strike, two-out, opposite-field grand slam to give the Owls an 11-9 lead. He did it against Cooper Hammond, a submarine pitcher he had never previously faced.

Hammond, a fifth-year senior who has had a solid career and pitched in numerous big games, got ahead in the count 0-2. But Rivera battled back, fouled off a pitch, worked the count even and then delivered his memorable blow.