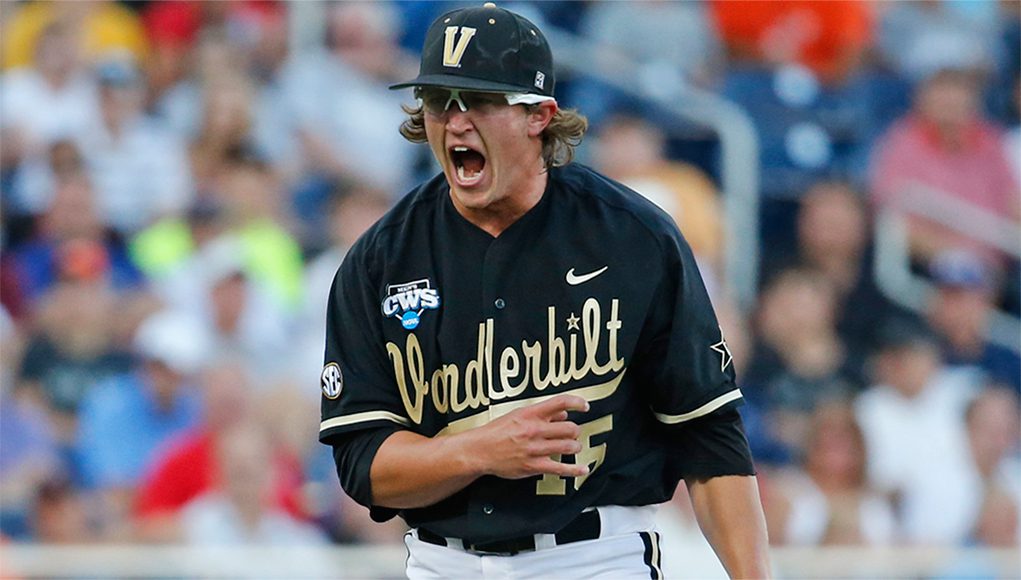 Editor’s Note: The COVID-19 crisis has resulted in the cancellation of the 2020 college baseball season, so we’re digging through our archives and re-posting some of the best work of D1Baseball’s first five years, highlighting some of college baseball’s biggest stars and most compelling storylines. Today, we present Aaron Fitt’s 2015 profile of Vanderbilt righthander Carson Fulmer, one of the most entertaining college pitchers of the last decade. This piece was written after a particularly entertaining duel between Fulmer and UCLA’s James Kaprielian — a future first-rounder himself.

LOS ANGELES — The comparison is inescapable.

Sonny Gray was a 5-foot-11, 195-pound Vanderbilt righthander with an electric arm, a fierce competitive streak and a magnetic personality.

Carson Fulmer is a 6-foot, 195-pound Vanderbilt righthander with an electric arm, a fierce competitive streak and a magnetic personality. …