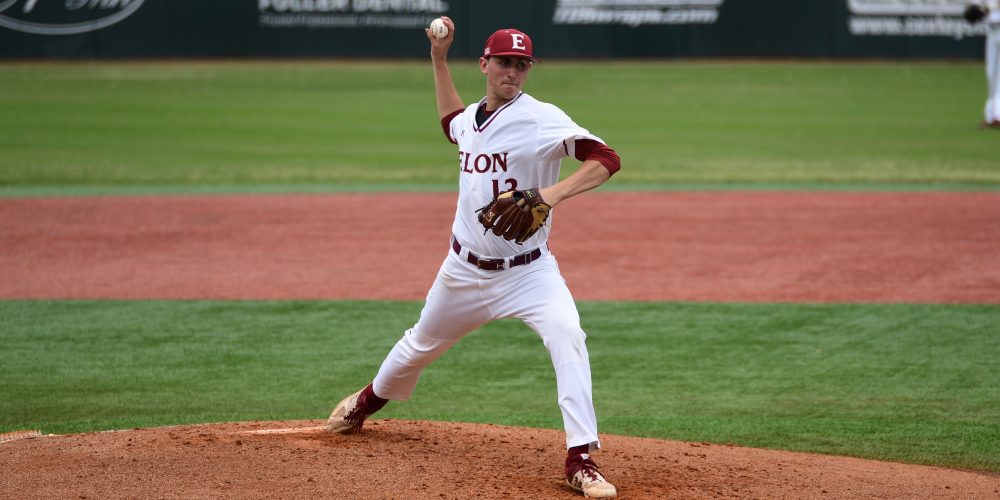 ELON, N.C. — It’s the kind of stat you’d expect to see from a finesse pitcher: just six walks in 82.2 innings, spanning 13 starts. But Elon’s George Kirby is no thumber — he’s one of the premier power arms in college baseball.

Kirby also has 105 strikeouts and has held batters to a .203 average this season, while going8-1, 2.07 for the Colonial Athletic Association regular-season champion Phoenix. Kirby ranks fifth nationally with a 0.83 WHIP, and he leads all of Division I with a ridiculous 17.5-to-1 strikeout-to-walk ratio.

“It’s quite a floor, ain’t it?” said Elon pitching coach Sean McGrath. “He’s the best of both worlds. He’s a command guy, kind of what you see from a mid-major Friday or Saturday guy who’s a mid-to-upper-80s guy, and he’s doing it at 95. And beyond that, he’s doing it probably better than most ever do it.” …

〈
Previous Article College Baseball Projected Field Of 64: May 15
Next Article The Postseason Primer: May 14
〉