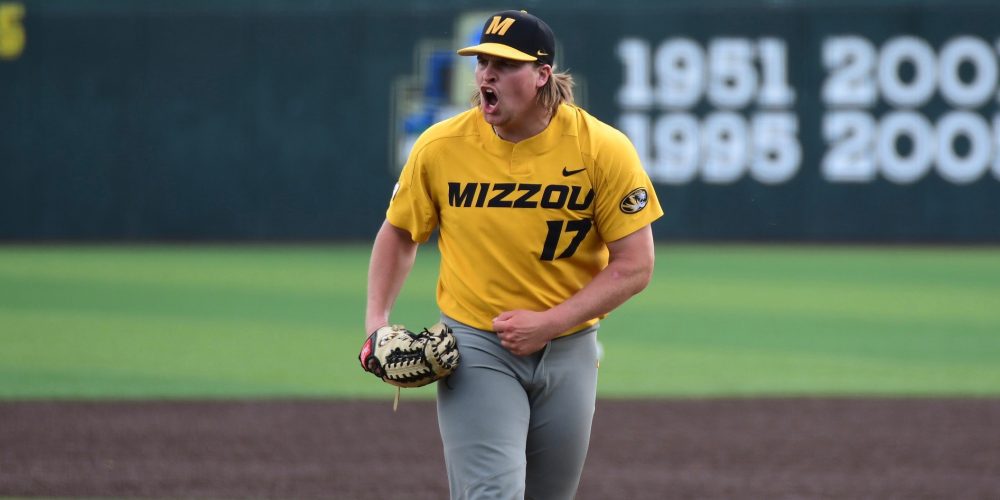 Will TJ Sikkema and Missouri be in the postseason? (Aaron Fitt)

KNOXVILLE, Tenn. — For most pitchers, it would have been a major disruption. For Missouri lefthander TJ Sikkema, it was business as usual.

A two-hour weather delay cut short Sikkema’s start Saturday at Tennessee in the third inning — a setback for the Tigers at the time, but it came with a silver lining. Sikkema’s early exit meant he’d be available out of the bullpen in Sunday’s rubber game. And that offered the Tigers serious peace of mind heading into the finale.

“We set it up that if we could get late in the game and have the lead, he would take this opportunity,” Missouri coach Steve Bieser said. “He said [Sunday] when he came out, ‘I feel pretty good, I feel like I could go more.’ When we got to the latter part of the game he was wondering when he was gonna go in. He’s just a great young man and a tough, tough competitor. He’s got a lot of good qualities, but that’s probably one of his best qualities.” …