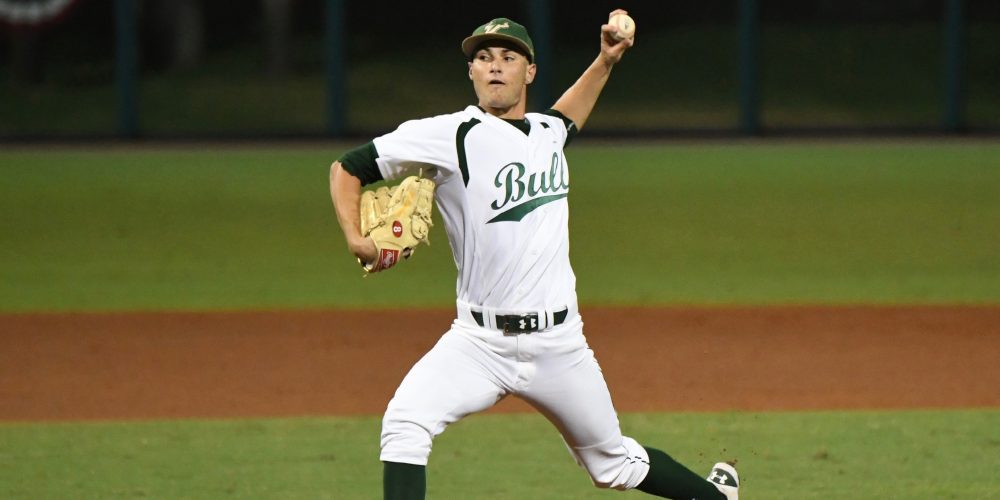 TAMPA — The list of major league lefthanders who threw a pitch 100 mph in 2017 is short. Just six big league southpaws managed it, and only four of them threw more than one 100 mph pitch.

So to say Shane McClanahan is valued as a rare commodity by MLB clubs is an understatement. McClanahan, a redshirt sophomore lefthander for South Florida, is one of the hardest-throwing southpaws in college baseball history. Multiple scouts confirmed that he hit 100 mph multiple times in a recent preseason scrimmage, and in his season debut Friday against North Carolina he touched[…]