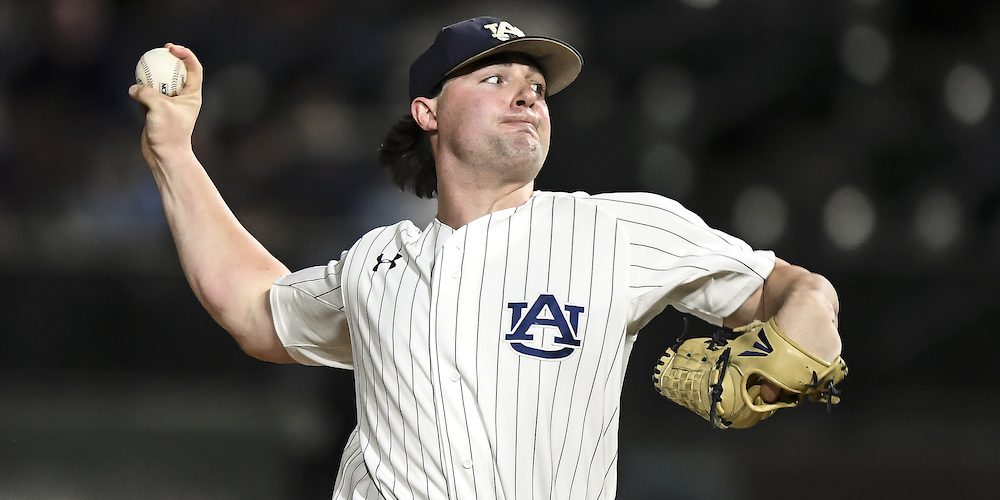 Auburn sophomore righthander Tanner Burns learned so much from Casey Mize, he decided to wear his number this season.

Just a year ago, Burns was a freshly minted righthander who had to learn the ropes. First, he had to figure out his role, then he needed to learn what the SEC was all about. He had the perfect role model to follow in Mize, who had a stellar spring and was the top overall pick in the MLB draft last summer, but who also had a gradual rise and had to make adjustments early in his Auburn career.

Burns, a six-foot, 205-pounder, had a 2018 campaign to remember. He was outstanding in Southeastern Conference play and finished the season as a Freshman All-American. But the passing of another season has brought about new challenges. No longer does Burns have Mize leading off the weekend, ultimately taking the pressure off him every weekend.

Now, Burns is the guy everyone looks to each weekend for that perfect start to a series, and that role only has been magnified during the early part of the season with an injury to righthander Davis Daniel. Daniel should be back in the next couple of weeks, but his absence has put more of the load on Burns’ back.

But just like last season, the righty hasn’t flinched due to a lofty challenge. He’s only gotten better.

“Just in the same way that Keegan Thompson took Casey Mize under his wings two seasons ago, Mize did that with Tanner last year, and it worked out great,” Auburn coach Butch Thompson said. “He showed Tanner the ropes and was his throwing partner each day. He kind of showed him how it’s done.

“And I think Tanner was thankful for that,” he continued. “I think Tanner wanted to find the best way to thank Casey, so he changed his number to ‘32’ this season. I think that’s pretty cool if you ask me.”