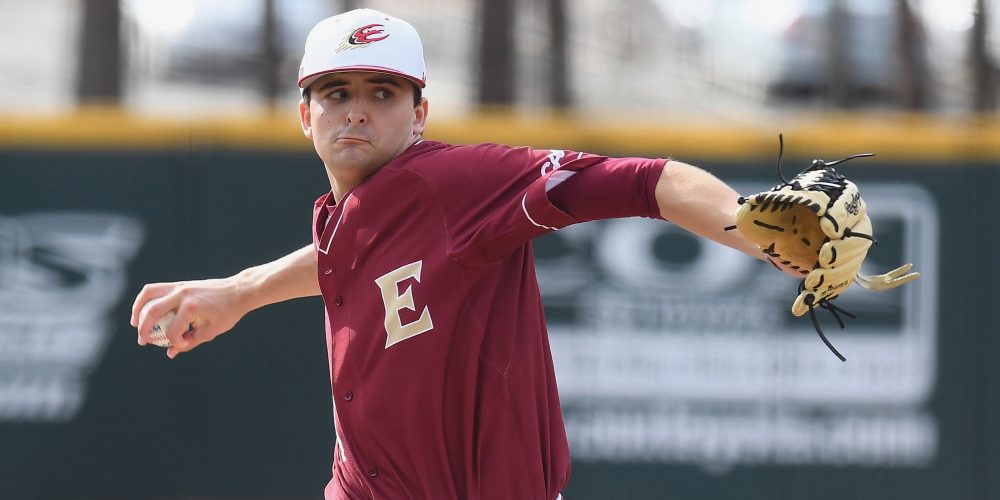 For some pitchers, the strikeout is almost a byproduct of making good pitches, rather than the intended outcome. Some guys don’t care if they record an out via strikeout or groundout of flyout, as long as they get the out.

Elon’s Kyle Brnovich is not one of those guys. It’s no accident the sophomore righthander leads college baseball with 75 strikeouts through just 47 innings.

“The biggest thing is he’s a competitor. I’ve been doing this for 22 years here, and he’s probably the biggest competitor I can remember,” Elon coach Mike Kennedy said. “He likes to strike guys out, and he tries to do it. You can’t argue with the numbers. Sometimes as a coach you’re like, ‘Let’s pitch to contact more and keep that pitch count down,’ but he doesn’t like contact, he doesn’t like guys to hit off him. It’s like a personal challenge for him to strike you out.”

The mentality made me think of 2011 Golden Spikes Award winner Trevor Bauer, who told me that spring, “I like making hitters look stupid. That’s fun.” Bauer never gave in, always sought the strikeout, and led the nation in Ks two years in a row. In his famous 2011 campaign, Bauer averaged a national-best 13.37 strikeouts per nine innings.

“I coached with Team USA in 2009, and Bauer was on that staff,” Kennedy said. “It’s a great comparison. It’s a very, very similar mentality, no question. Bauer knew he was good, and Brno has a lot of that in him too, that’s what makes him special.”