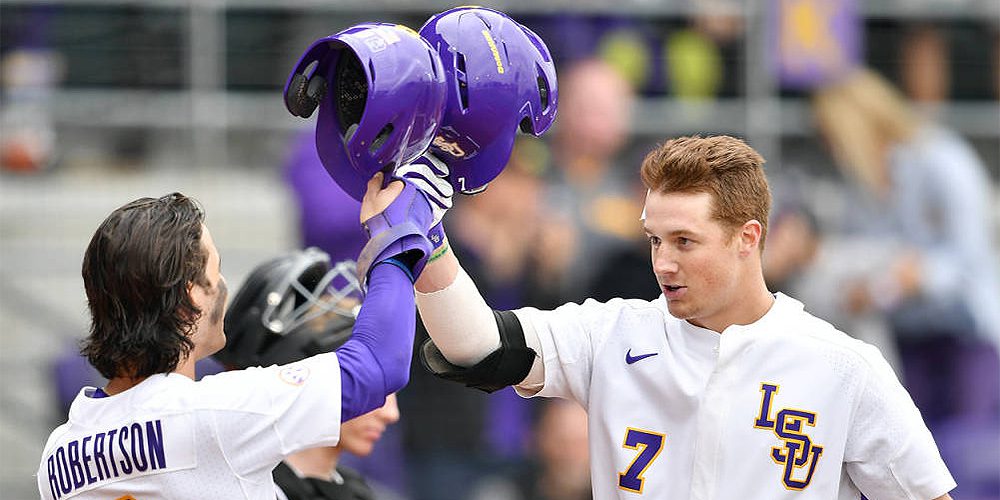 GAINESVILLE, Fla. — Everything changes when LSU junior outfielder Greg Deichmann comes to the plate. The pitcher on the mound seems to look around a bit more, the opposing coach fiddles around with his clipboard a bit more and suddenly the discussions in the stands about where fans are going to eat later that night come to an abrupt halt.

Most fans know he’s worth watching, as chances are good something special is about to happen.

Few players in college baseball over the last decade have commanded that kind of respect. The most recent example would be TCU[…]