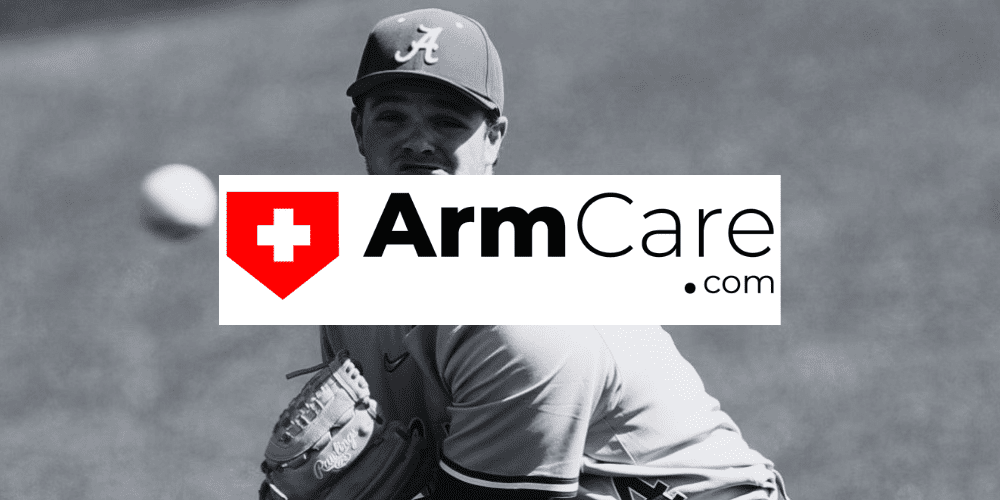 As part of our conference tournament coverage at D1Baseball, we’ve partnered with ArmCare.com to bring you the latest and greatest across college baseball.

This partnership also has allowed me to take an in-depth look at one of the more fascinating new products and technologies in the sport of baseball — the ArmCare.com app and strength sensor.

ArmCare.com looks to revolutionize the way arms are monitored at all levels of baseball with two primary goals in mind —to increase velocity while also maintaining optimal arm heath.

ArmCare.com hopes to achieve optimal arm health by testing players arm strength & range of motion within the app, which can be found on Apple devices, and soon on Android devices as well. The app guided testing process takes less than 5 minutes and delivers vital data on arm strength, fatigue and recovery that is used to individualize training and guide future outings.

Through that process, pitchers, pitching coaches and parents alike have access to real-time reports on a pitcher’s arm health, along with recommended timelines for a pitcher’s readiness for action.

In full transparency, when the gang at ArmCare.com took me through the technology in a demonstration, I was fascinated with what I saw. It was a sure-fire way to determine arm health, while also providing a roadmap for some pitchers to increase their velocity in a healthy manner.

I wanted to see if my intuition on this product and technology was right, so I reached out to LSU pitching coach Jason Kelly, who has been using the ArmCare.com app throughout the spring with his Tigers pitchers.

The results have been promising.

“Well, I wanted to find out a bit more about my pitchers and their arm health from a scientific standpoint, not just an old school approach of go throw long toss on Monday, 150 feet on Tuesday, things like that. I wanted to be able to measure some things like a pitcher’s arm strength,” Kelly said. “The ArmCare app allowed me to test these guys three-to-four times a week to figure out if we’re doing the right things when it comes to arm care and health.

Players, coaches, and parents can test an arm as many times as they would like throughout the week. Some choose to do it daily, while Kelly and LSU are having their arms split into groups and test every other day. Through that, LSU and other programs feel they’ll have an accurate picture of where their pitcher’s stand from a heath standpoint.

“By the time we’re through fall workouts, because of technologies like this, we’re able to develop some parameters for some guys. We’ll be able to know if he’s ready to pitch on a game day,” Kelly said. “I would say it has really helped us.

“We’re in year one with it and I think the data in years two and three will be even better to have,” he added. “We’re going to have a lot of good baseline information for a lot of guys. It’s been an incredible tool to have. It’s real-time and it’s more scientific than usual procedures.”

The ArmCare.com app comes with a Bulletproof Arm Guarantee. That guarantee says that if a pitcher who is throwing less than 90 mph follows the guidelines set forth by the app through testing, not only will they gain 4 mph of velocity over a 10-week period, the health of their arm also will be preserved.

Check out our partners at ArmCare.com, here.