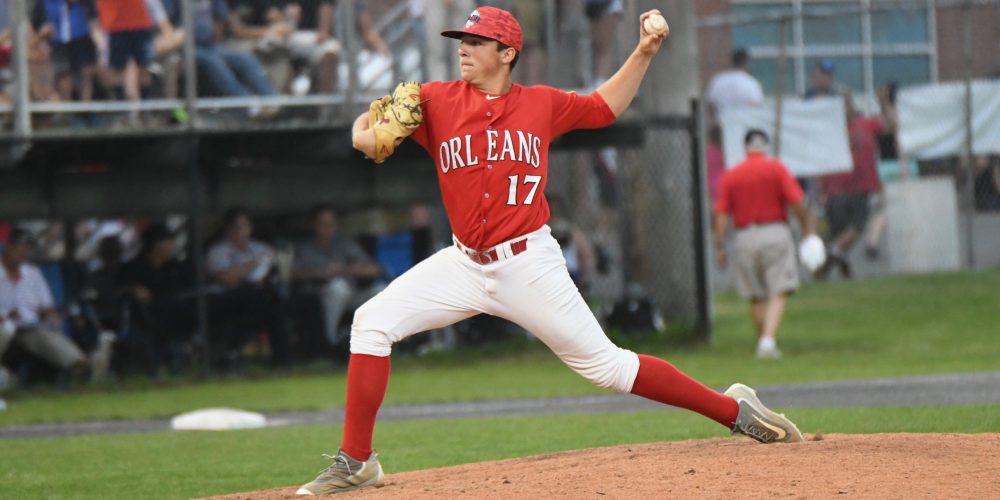 The prestigious Cape Cod Baseball League announced Friday it was canceling its 2020 season because of ongoing health concerns related to the coronavirus. It marks the first time since 1946 the Cape season will not be played.

The Cape released a statement Friday afternoon saying that the league’s Executive Committee met and voted unanimously to end the season. The decision, they said, was based on the health concerns and safety needs of all involved. Following CDC guidelines and medical recommendations, the Cape chose to err on the side of caution.

“It’s obviously disappointing. It’s really disappointing for the kids who won’t get to experience the Cape. I feel really bad for those kids,” long-time Cape Cod League/Orleans Firebirds manager Kelly Nicholson said. “It’s just such a tremendous opportunity for those guys.

“It was going to be a great summer, With the college baseball season canceled, it was going to be as good as it ever has been because there would have been no temporary players. Everyone would’ve shown up,” Nicholson added. “Everyone was out there trying to get really good pitchers and players placed at the Cape, so it was going to be special. But it is what it is. It’s disappointing.”

Not having a Cape season also adds to the sudden, difficult nature of scouting. Each summer, the Cape serves as the primary point of reference for scouts entering the fall and spring seasons. That won’t be the case this summer.

I get it. But the cancellation of the Cape Cod League is gut-wrenching on this personal level. I applaud the league for its concern and respect for science and all its volunteers, but summer where I live isn't the same without it.

What does this mean for the rest of summer baseball?

It’s still very much to be determined and likely will hinge on which region the league is located, and what the stay-at-home orders in each state entails.

For instance, the Northwoods League announced earlier this week that it would not start on time but was hopeful to start the season at some point after late May. However, there are concerns to consider for the NWL, such as local ballparks having the doors shut until at least July. Duluth’s Wade Stadium is closed until July 1, and their NWL team would either need an exemption to play at home or hit the road for a vast majority of its games. If that’s the situation in Duluth, other cities are destined to follow with similar constraints in place. The NWL also has a fan problem. The Northwoods League flourishes because of its incredible fan support. The potential of having no fans could be another obstacle for this league to overcome.

Other leagues are hopeful to begin play this summer, too.

We will continue to keep tabs on various leagues’ announcements over the next few weeks.

For now, the cancellation of the Cape season serves as a stark reminder of what we’re dealing with during this pandemic. Though a shred of normalcy could be in our near future in other ways, aspects of our normalcy, including summer baseball, could still be a pipe dream in some areas of the country.

It was a rough day for the Cape Cod League, but like college baseball coaches said back in March, Cape managers such as Nicholson agree, it’s now full speed ahead to 2021.

“It’s certainly disappointing not to be playing,” he added. “But you have to turn the page. I’m already looking at players for the 2021 summer, and we’ll get that process rolling along.”