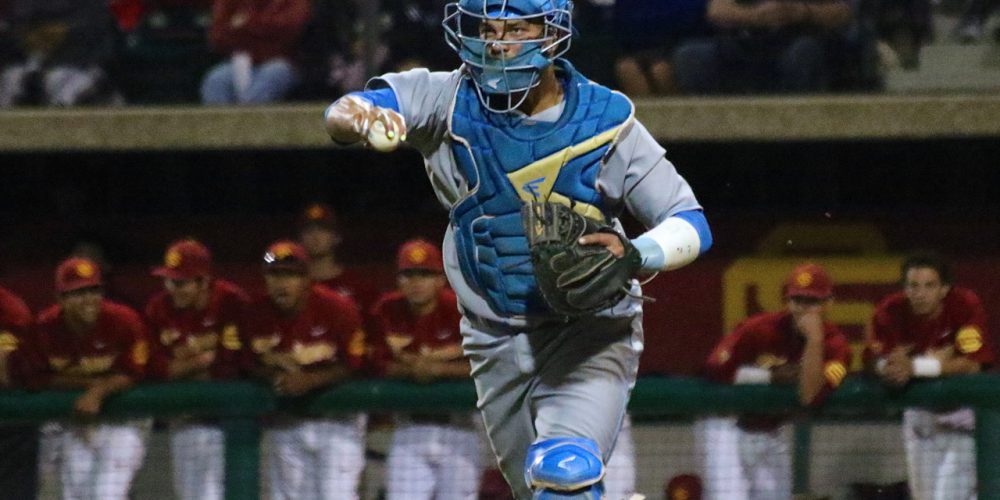 Preseason No. 11 UCLA has been dealt a big blow. D1Baseball has learned that fourth-year junior catcher Darrell Miller Jr. will have surgery to repair the labrum in his non-throwing shoulder, sidelining him for the entire 2016 season.

In his first season as a starter last year, Miller played 55 games and hit .257/.324/.351. The Bruins had high hopes that his bat would continue developing and he would become a solid veteran run producer this spring, but they’ll miss him most defensively. Miller handled the pitching staff well last year and controlled the running game very well, throwing out 40 percent of basestealers.