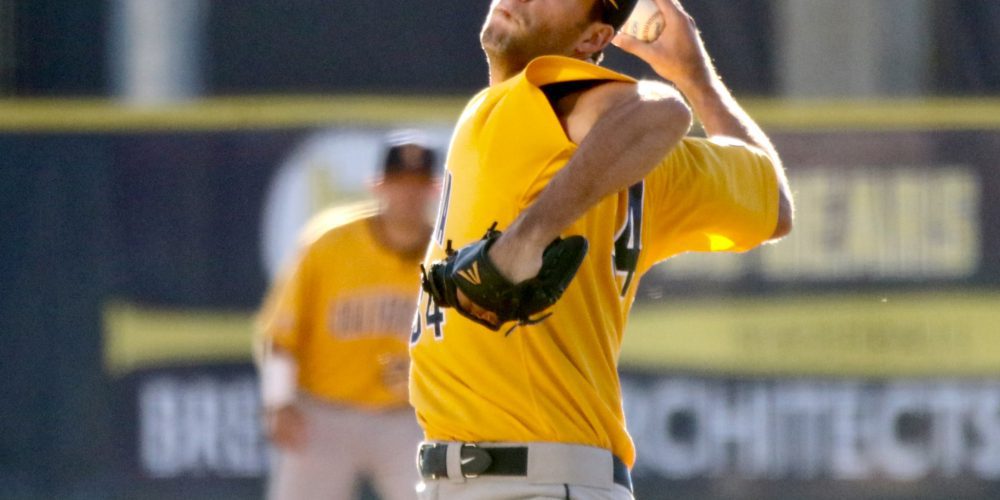 California junior righthander Alex Schick, the No. 164 prospect for the 2016 draft according to D1Baseball’s Preseason College 300, will miss at least three months with a knee injury.

In a freak incident, Schick’s knee cap slipped out while playing catch, according to the Golden Bears’ coaching staff. He had surgery to repair the tendon that keeps the knee cap in place, and the possibility of his return is up in the air. Schick is expected to be cleared medically by the end of March if his rehabilitation goes as hoped, giving him a chance to help the Bears down the stretch.