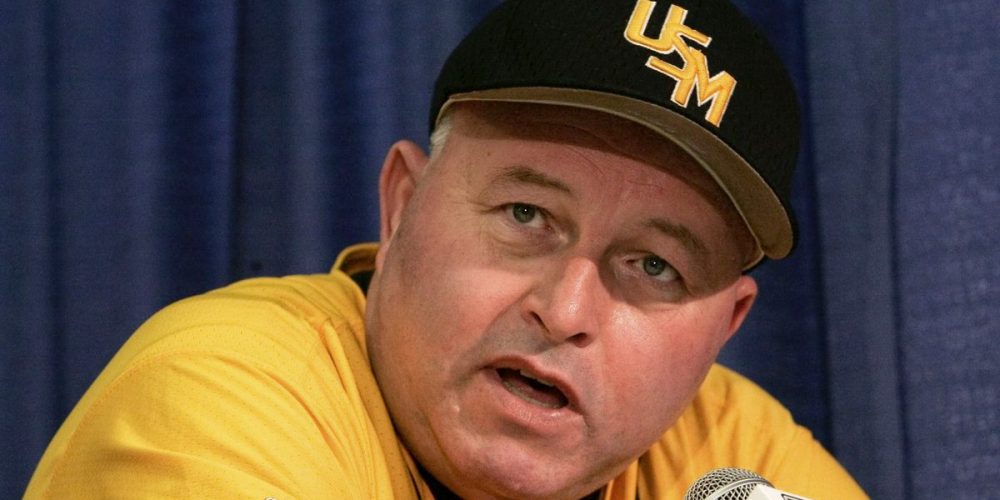 “I am fortunate to have been blessed to claim Corky as my Southern Miss classmate and my friend,” USM interim president Joe Paul said. “His impact on generations of young men ripples out into the world of baseball and beyond. Corky was definitely one of a kind, and we will honor and cherish his memory here at Southern Miss always.”

Palmer, 68, had suffered a stroke earlier this year, and as a result, the USM community and State of Mississippi rallied around him, raising more than $31,500 to help pay for some of his medical expenses. You can read more about that, here.

The Palmer family certainly won’t forget the gratitude so many Mississippians showed to their family. In turn, the USM and college baseball families won’t soon forget the contributions Corky Palmer made to the sport.

The long-time Golden Eagles skipper played his college baseball at USM, and earned a strong reputation as a head coach with a stellar showing during a lengthy tenure at Meridian (Miss.) CC, where he guided the program to six seasons with more than 40 wins.

Palmer’s success didn’t stop there. It only continued when he got the Southern Miss head coaching job after finishing his final season at Meridian with a 50-12 overall record. In his time with the Golden Eagles — 12 seasons to be exact — Palmer established USM as not only a premier mid-major program, but as a program on the rise, and now one of the model programs for a school looking to take that next big step.

He led the Golden Eagles to eight of their 18 NCAA tournament appearances and reached a high-water mark in 2009 when he led the program to their lone College World Series appearance. He retired as the head man following that campaign. Overall, he guided USM to seven-straight NCAA tourney appearances, 30 or more wins 11 times and 40 wins or more six times.