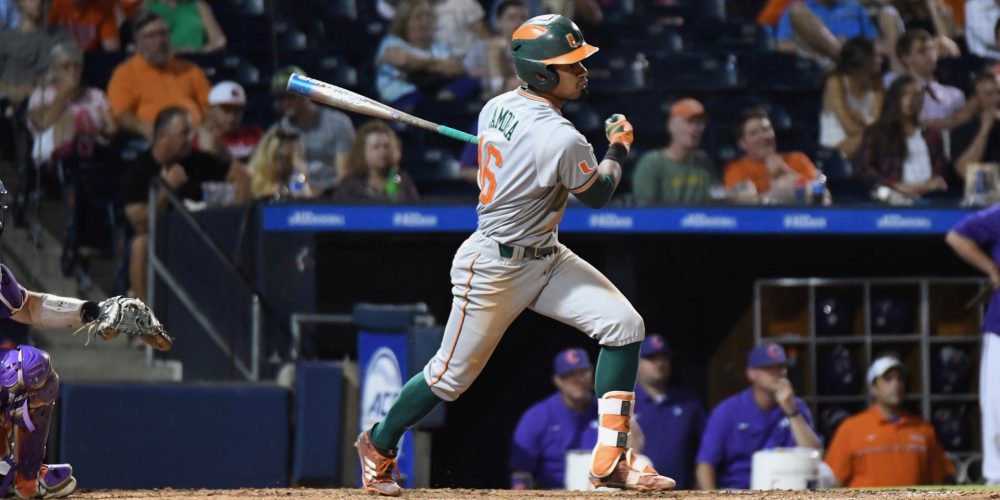 Slew Of Injuries Forces Miami To Adjust On The Fly

Freddy Zamora woke up with a sore left arm.

Just like that, the Miami Hurricanes’ left side of the infield was left off the starting lineup for Wednesday’s 18-10 win over FIU.

Gil and Zamora are also questionable for this weekend’s ACC series against visiting Virginia Tech.

“It wasn’t even hit hard, but it got him flush on the eye,” Hurricanes coach Gino DiMare said. “It’s[…]