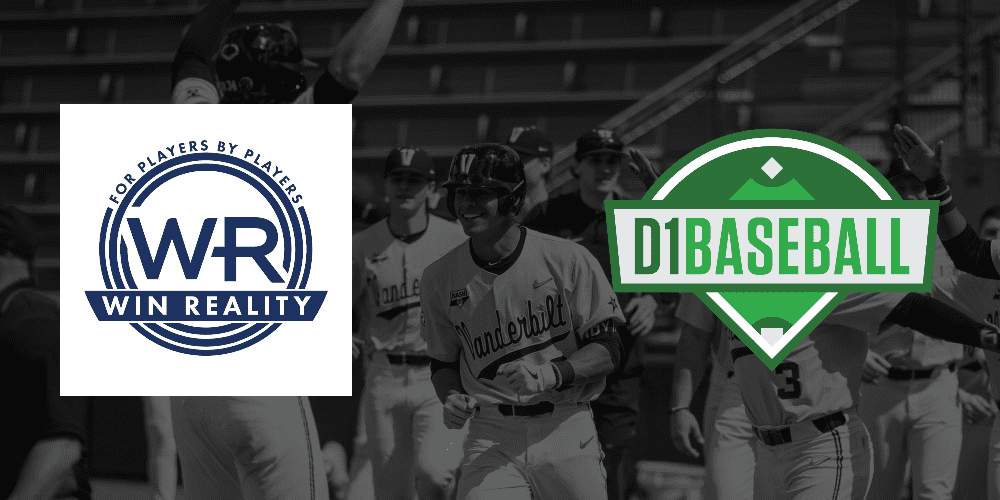 Try out or purchase WinReality, today!

Baseball advances in phases. Every so often, a new development comes along that fundamentally changes the game. In the late 1990s and early 2000s, baseball’s trajectory was altered through the introduction of what’s now famously known as “Moneyball”. No longer were players going to be evaluated on just ERA, batting average, WHIP, and RBI. Those metrics didn’t dive deep enough. Now, players would be viewed through the lens of advanced analytics, which would attempt to better understand which players were truly the ones driving success.

Years later, just before 2010, Kyle Boddy started a blog which served as a platform for him to speak about biomechanics and how it translated to the pitcher’s mound. Through his own research, which involved “EMG sensors, force plates, inertial measurement units” and a device that Boddy crafted to measure elbow torque (out of a Nintendo Wiimote), what we know today as Driveline Baseball was born. Now, players from all over the world travel to this baseball mecca in order to better understand their mechanics. Plyo balls and high speed cameras are common sights at every level of the game, and the way in which pitchers train has forever changed.

Now, in 2021, the next big revolution in baseball has arrived, and has come in the form of virtual reality. If you were to walk into a Vanderbilt, Arkansas, or Mississippi State locker room, you’d likely see a number of similarities. Whether it be baseball bats or a model of glove, but the most striking commonality you’d see that connects these teams would be Oculus Quest 2 VR headsets, all loaded with WIN Reality.

An understandable first reaction upon seeing this gaming device would be to assume that a player brought their personal headset to show teammates during some downtime. With games like Beat Saber, The Climb, or any number of other VR experiences, it would make sense for a player to want others to share in the fun. But that impression couldn’t be further from the truth. Instead, players are turning to the VR world, and specifically to WIN Reality, in order to prepare for game situations in a way that was only a dream just a few years ago.

For hitters, the biggest challenge since baseball’s inception has been getting enough game-speed practice to go up to the plate with confidence. While batting practice, whether coach pitch or off a pitching machine, is helpful, it doesn’t provide enough variance to simulate what a batter goes through during a live at-bat. Tee-work and front/side-toss can also be helpful, particularly for focusing on swing mechanics, but the core issue persists. Without the threat of velocity changes, and fluctuating movements, there’s not much for a hitter to react to; and unless pitchers suddenly start sending out open invitations to their upcoming opponents, hitters are never going to be able to step into the batter’s box, and take practice at-bats against their actual opponents.

But with WIN Reality, the next best thing has arrived. Through this VR training application, players can step into a virtual environment, choose one of the eight different practice modes, select one of the hundreds of available pitchers, and step out onto WIN Field to simulate game-speed at-bats. While some may look at virtual reality in general with a healthy amount of skepticism, for those who’ve had a look into what WIN Reality provides, and the level of access it gives hitters, the reactions are overwhelmingly positive.

What separates WIN Reality from other VR baseball applications, is that everything inside the training tool is taken directly from the real world, and placed in the virtual one. The available pitchers are all real, and pulled directly from game situations at every level. The pitches being thrown aren’t approximations of what might happen, but rather recreations of what did happen. By taking data from pitch tracking technologies, WIN Reality has put real pitch data into their application so that when you see a 12-6 curveball, you’re reacting to a real 12-6 curveball that was previously thrown in a game.

Given the realism that WIN Reality has been able to transport in their virtual world, when players step into the box, the same parts of the brain that are required to hit a baseball in the real world, are activated in the virtual world.

“Through studies that utilized functional magnetic resonance imaging (fMRI), and electroencephalograms (EEG), we know that VR training environments activate the same regions of the brain that are activated by real-world experiences. Put another way, the brain’s learning response to VR experiences mimics the response to real-world stimuli. In many cases, it would seem either our brains can be tricked into thinking the VR simulation is in fact real, or alternatively, it simply doesn’t ‘care’ where the experience is coming from.”

At its core, this is what makes a training tool like WIN Reality so exciting, and why so many college programs, as well as major league organizations, have leapt head first into adopting this technology. For LSU’s head coach, Paul Mainieri, while he was skeptical at first, all it took was putting on the headset to understand what the implications were for his team.

“When they first came to me I was like ‘Please, you’ve gotta be kidding me,’ Mainieri said. ‘And then I put the goggles on and I held the bat and it was the craziest thing I’ve ever seen, I stood in the batter’s box against Cole Henry and [Jack] Leftwich from Florida and watched them pitch to me.”

For many in the game, WIN Reality represents the holy grail of practice. Unlimited game-speed training that hitters can access at any point in time, from anywhere in the world, is a significant leap forward; and coming on the heels of COVID-19, the timing couldn’t have been better. With nearly every player in the country trying to get back up to speed as quickly as possible after nearly 12 months off, the ability to simulate thousands of pitches is invaluable.

If all WIN Reality did was able to provide an increased sense of confidence at the plate, that on its own may be enough to convince programs to adopt their training programs, but the cherry on top is the results are clear and undeniable. Players training with WIN Reality on a regular basis have seen their wOBA (weighted on-base average) increase by 9.7%, their slugging-percentage increase by 14.7%, and even seen their average exit velocity rise by nearly a full mph.

While college programs and MLB organizations are their highest profile clients, WIN Reality isn’t limited to any age group. With pitcher velocities ranging all the way from youth speeds to the upper echelon of what the majors can offer, WIN Reality is a tool that every level of player can benefit from. For those just starting out, it can accelerate the time needed for skill acquisition, and for those wanting to further their career in high school, college, or the big leagues, hitters can take advantage of the full range of velocities and prepare themselves for the next level through overspeed training.

Perhaps the greatest indication of what WIN Reality’s impact is, are the reactions from pitchers who have seen what the VR training looks, and feels like.

As technology continues to advance, WIN Reality is just the latest example of how baseball can tap into non-traditional training methods to give players a new edge. While the scale will always favor the pitcher, being able to provide hitters with the ability to get as comfortable as humanly possible before the real-world at-bat ever occurs is exciting new territory for the sport.