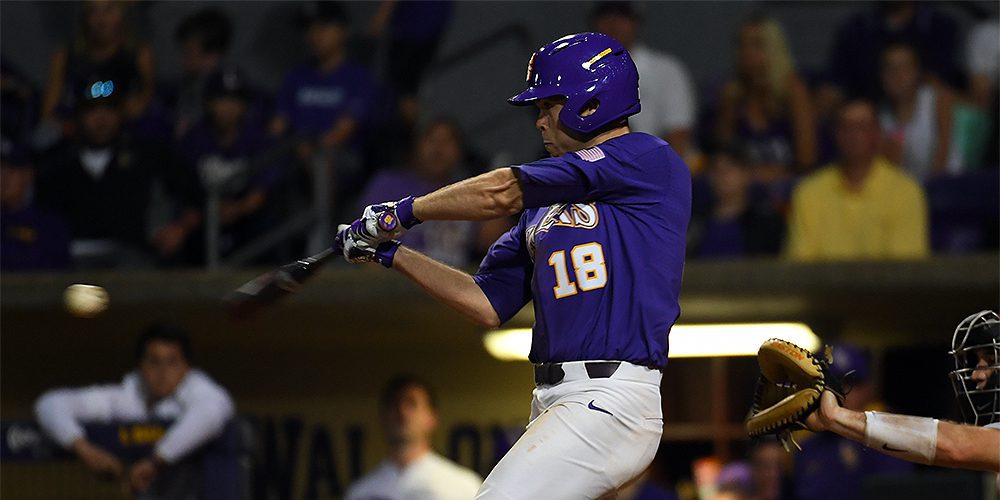 BATON ROUGE, La. — LSU’s Austin Bain is one of the great things about college baseball.

Bain was a two-way talent during his high school days, but arrived at LSU as a pitcher. As a freshman for the Tigers in 2015, he helped lead coach Paul Mainieri’s club to the SEC regular season title at South Carolina and made six starts, while also tallying 56 strikeouts and walking 23. He was expected to be a big-time contributor on the mound the rest of his career.

Nothing went as planned. Bain had bone spurs removed, and he evolved from a potential rising star to a fast depreciating commodity. The righthander tallied a 4.60 ERA in 20 appearances as a sophomore before struggling as a junior last season with a 4.74 ERA in 24.2 innings.

His role on this year’s LSU team seemed in question after last season. Well, at least until the fall.

Thanks to injuries and some significant personnel losses during fall workouts, the Tigers didn’t have enough bodies to fill out the infield during scrimmages. Therefore, knowing he had a history of playing in the field and hitting, Mainieri decided to give the senior another shot. He put him at second base and let him hit in scrimmages.

“I saw him play a lot in high school and he was a two-way player. He was a really good hitter with some power, even though we saw his future on the mound,” Mainieri said. “After he had that bone spur removed, he had never quite gotten his velocity back from his freshman year and had regressed as a pitcher the last two years to the point where we weren’t sure if we could count on him.