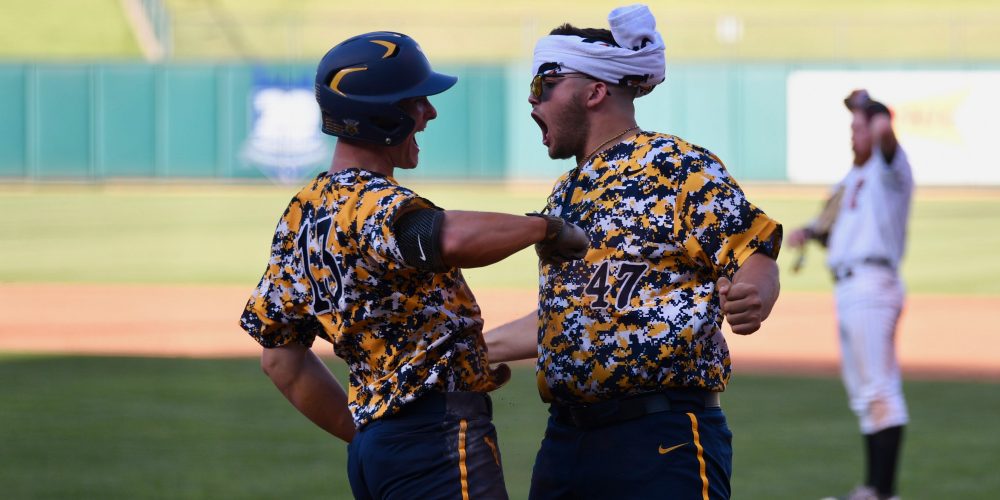 OKLAHOMA CITY — In each of West Virginia’s first three Big 12 tournament games, it has out-hit its opponent. The Mountaineers have looked pretty darn scary on offense after racking up 44 hits in three games, and they’ve made numerous highlight-reel plays on defense.

But for all of its offensive prowess and standout defense, WVU found itself on the brink of elimination after seven innings Friday against Texas Tech, trailing 6-3.