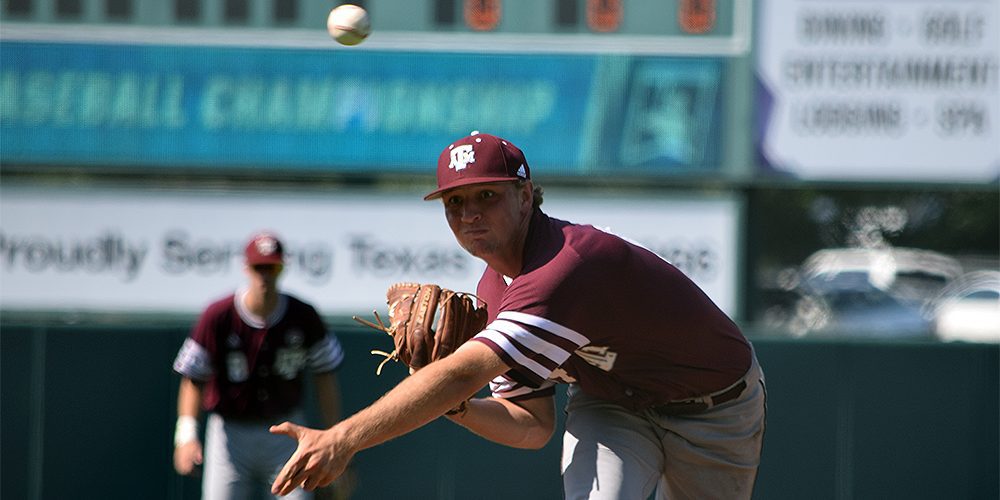 HOUSTON — Dominant pitching performances underscored the first day of the Shriners College Classic. In an event saturated with draft talent, many of the highly regarded names showed well on Friday, particularly in the mound.

– Texas State and Rice set the tempo to open up the weekend, with the Bobcats ultimately outlasting the Owls in a 1-0 battle of aces. Texas State RHP Nicholas Fraze silenced opposing bats, taking a no-hitter into the seventh inning before allowing a ground ball single past a diving shortstop to Owls 3B Braden Comeaux. Tall and lean with sloping shoulders, Fraze uses[…]